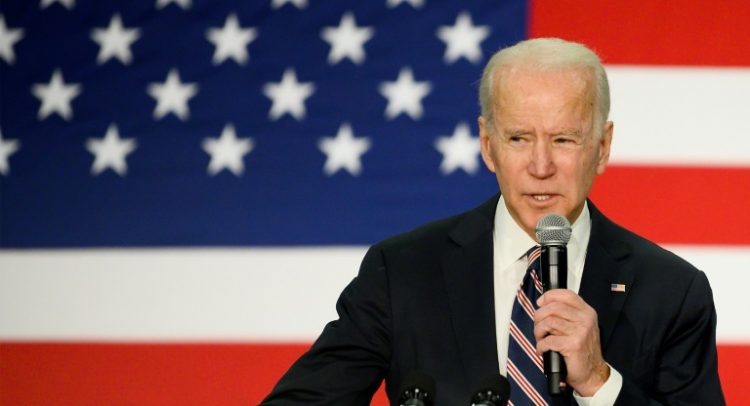 Democrats court Iowans ahead of vote, some stuck in Trump trial

All eyes are on the snowy, sparsely-populated state as a dozen White House contenders battle for early momentum in the race to see who challenges President Donald Trump in November’s election.

With all to play for, former vice president Biden, the 77-year-old national frontrunner, and fellow moderate Pete Buttigieg, 38, a former Indiana mayor, have launched whistlestop bus tours to press the flesh in all corners of the state.

Each has several in-state events Friday. But three main challengers — Senators Bernie Sanders, Elizabeth Warren and Amy Klobuchar — are not there, bound by their duty to sit in judgment of President Trump during his impeachment trial.

In a twist of political fate, the very process that each of them hoped would conclude with Trump’s removal from office has deprived them of multiple days in Iowa at peak campaign time.

Warren was forced to cancel her appearance at two Friday campaign events, in Sioux City and Ames, “due to the schedule for impeachment,” her campaign said.

Surrogates including congresswomen Ayanna Pressley and Katie Porter will fill her shoes.

Sanders will miss his Iowa events Friday but he too will have stand-ins, including two liberal congresswomen, Ilhan Omar and Rashida Tlaib.

It remained unclear whether Sanders could escape Washington in time Friday to host his campaign’s 6:00 pm concert in a suburb of Iowa’s capital, Des Moines, featuring indie band Bon Iver.

The Senate is to hold a vote Friday on whether more witnesses should appear at Trump’s impeachment trial.

But with a key Republican senator announcing he would oppose calling for witnesses, a vote to convict, or far more likely to acquit, Trump could come as early as Friday.

Trump jetted in to Iowa to cast a long shadow over Monday’s caucuses, hammering away at the “madness” of the far left and criticizing their efforts to remove him from office.

“We’re having probably the best years that we’ve ever had in the history of our country — and I just got impeached! Can you believe these people?” he huffed at a packed rally where attendees chanted “Four more years!”

“Nobody can pronounce his name,” Trump grimaced.

Biden spent Thursday on the campaign trail hugging and taking selfies with supporters as well as railing against a president he has declared a danger to America.

“I can hardly wait to debate this man,” Biden told a crowd in Waukee.

Trump, Biden said, was trying to obliterate the healthcare law known as Obamacare, ignores climate change and has “walked away from our allies and embraced dictators and thugs.”

His focus on Trump suggests he is already making the case for a Biden-Trump showdown.

Democrats have also clashed against one another on policy, performance or personalities.

Buttigieg signalled a readiness to take on both Biden and Sanders when he called them out by name and urged voters to turn the page from yesterday’s politics.

“History has shown us that the biggest risk we could take with a very important election coming up is to look to the same Washington playbook and recycle the same arguments and expect that to work against a president like Donald Trump,” Buttigieg told Iowans in Decorah.

“We’ve got to galvanize, not polarize” Americans, he said.

Divergent political views suggest Democrats remain undecided on which path to take in the general election, and Trump mercilessly mocked the radical left-leaning approach from candidates like Sanders, who advocates for universal health care and tuition-free college.

“The Democrats will lose because America will never be a socialist country,” he said.

The Iowa race is tight. Sanders, a 78-year-old running as a Democratic socialist, is leading the charge in the state, with Biden hot on his heels.

Centrist Buttigieg and progressive Warren, 70, are within striking distance, with a fifth candidate, 59-year-old Klobuchar, in the second-tier but hoping to land a major upset.

Billionaire businessman Michael Bloomberg, who could become a major player in the race, is not running in Iowa, while rank outsider John Delaney dropped out on Friday.

Nintendo says no new Switch in 2020