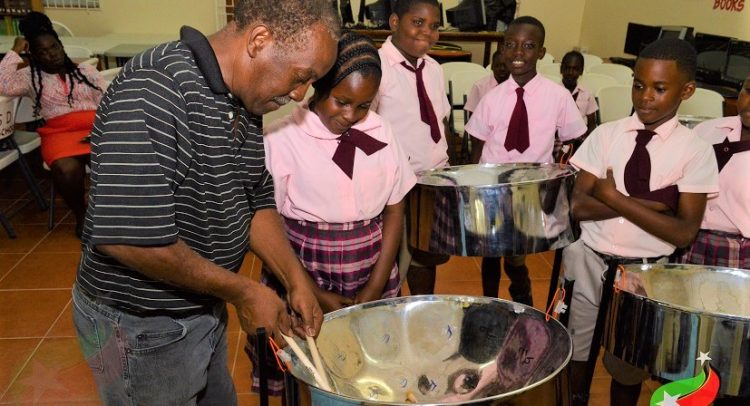 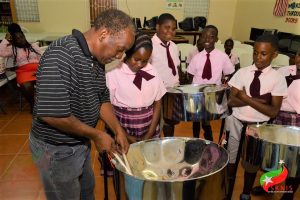 Basseterre, St. Kitts, May 23, 2018 (SKNIS): The Department of Culture in collaboration with the Ministry of Education will be holding a series of pan classes in various public and private primary schools throughout the Federation.

Nigel Williams, Music Specialist in the Department of Culture, launched the first of a series of one hour pan classes on May 22 at the Seventh Day Adventist Primary School as a part of the department’s initiative to introduce steel pan at the primary level in the education system.

“This is a programme that we plan to take into all the primary schools throughout St. Kitts and Nevis,” said Mr. Williams, while noting that the department intends to spearhead the programme in at least five (5) primary schools by the end of 2018.

These classes will run one day a week at various schools for one hour as a part of the school’s curriculum and be geared towards fourth and fifth graders. Mr. Williams indicated that he, along with staff in the department, will be facilitating the classes with the hope of bringing more persons on board as the programme grows.

He noted that this initiative has been on the table for some time and was piloted with a programme held at the Newton Ground Primary School in April as a part of its music week.
During this week, representatives from the department conducted steel pan, drumming, guitar, dance, flute and singing classes throughout the week with students. After the success of the music week, the ministry embarked on making steel pan classes a permanent part of the primary school curriculum to expose students at an early age to local music.

“We are hoping that this will prepare young persons for when they get to secondary schools, they will be a little more forward than they are accustomed too. We recognize that music is very important for our society as it will help persons to be occupied in something that is beneficial and something that they can make a living from,” said Mr. Williams.
He also said that the collaboration with the Ministry of Education will help to “take the message of music” into the schools and allow the department to see exceptional talent at an early age that can be crafted and developed further so that the steel pan can continue to be a part of the culture in society for generations to come.