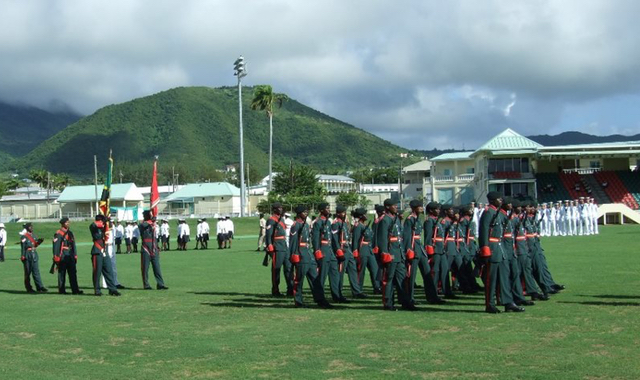 Basseterre, St. Kitts, Monday, 12th March, 2018, (MyVue News.com) –This year will mark 35 years since Dr. Kennedy Simmonds and his coalition government led St. Kitts and Nevis into political independence.And as the present government begins to turn attention to the 35th Anniversary celebrations begin for September this year, the administration has made a change in the leadership of the committee that will have responsibility for organizing the official program of activities.

During its meeting last week, the Cabinet of Ministers began discussions on the upcoming national celebrations and in so doing decided to appoint its Deputy Prime Minister, Shawn Richards, as the new chairman of the Organizing Committee.

For government, they see this year’s milestone as a momentous occasion and are taking steps to have its activities planned and organized.

In previous years, the committee was headed by Senator Wendy Phipps, who going forward will assist her colleague, the Deputy Prime Minister in spearheading the celebrations.

While the public would be expecting some new initiatives to this year’s calendar of activities, some traditional events are likely to be maintained.

These will include the Prime Minister’s Lecture Series, Military Parade, Visits to Schools and awards to nationals.

Also anticipated is the unveiling of the busts of the country’s five national heroes, when they are again honoured on National Heroes Day, 16th September.