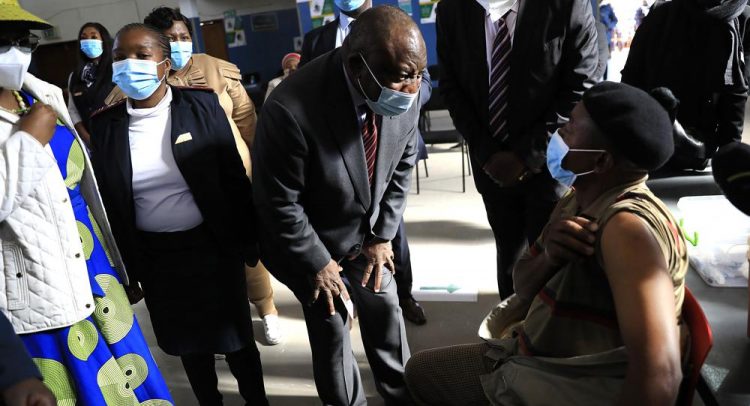 JOHANNESBURG (AP) — After uncertainty if COVID-19 would force South Africa to postpone local government elections, the courts have ruled that the crucial polls should move ahead.

Despite concerns about political rallies spreading the disease, South Africa’s courts ruled earlier this month that the Independent Electoral Commission should hold the polls on November 1.

The elections may see erosion of support for the ruling party, the African National Congress party, which failed to register candidates in about 90 municipalities across the country before the deadline.

However, the electoral commission threw the ANC a lifeline by reopening registration for candidates to be councilors in the nation’s cities.

The local government elections, which take place every five years, determine who will be on the councils that run cities, including responsibility for delivering basic services like water, sanitation and housing.

The elections also determine who will be mayors of major cities.

The previous local government elections held in 2016 resulted in major political shifts across the country with the ANC losing control of the major economic hub of Johannesburg, the Tshwane metropolitan area which includes the capital city Pretoria, and Nelson Mandela Bay. Cape Town continued to be governed by the opposition Democratic Alliance.

“Voters are going to be looking at how political parties are performing nationally and provincially … this is not going to serve the ANC particularly well,” said Collette Herzenberg, senior lecturer of politics at Stellenbosch University. She said the ANC had been confronted by many challenges in the past five years.

The elections will be an assessment of President Cyril Ramaphosa’s leadership since he was elected in 2019, including his handling of the pandemic and corruption.

Several municipalities governed by the ANC have been found to be mismanaged by state auditors and some others have been placed under the administration of provincial governments.

The upcoming elections come at a difficult time for the ANC, which has been struggling with internal divisions, recent violent riots across the country over the jailing of former President Jacob Zuma and the suspension of the party’s secretary-general Ace Magashule over corruption charges. South Africa’s unemployment rate of 34% will also be a major issue.

COVID-19 should not be a big factor in voter turnout, according to Lesiba Teffor, vice chancellor for research at North West University.

“The (pandemic’s) threat is actually during the campaigning, where some parties will want to do door-to-door campaigning and others will want to hold massive political rallies. That is where the threat of the spread of the virus is,” said Teffo. “The actual voting day is usually very orderly and people can social distance while queuing to vote.”

But voter apathy may result in a low turnout.

Winston Mahlangu, who sells phone chargers and pouches on the streets in Kempton Park, east of Johannesburg, is among voters who are unenthusiastic about voting.

“To be honest with you, I have not seen any obvious changes since I voted in the last elections. There is a lot that has been happening, with the coronavirus and people struggling,” he said. “I am not sure how things will change after we vote.”

FILE — In this Thursday, July 29, 2021 file photo South African President Cyril Ramaphosa greets patients as he visits a COVID-19 vaccination centre in Tembisa, South Africa. After uncertainty if COVID-19 would bring the country to postpone local government elections the courts have ruled that the crucial polls should move ahead and would be held on Nov. 1 2021. (AP Photo/File)