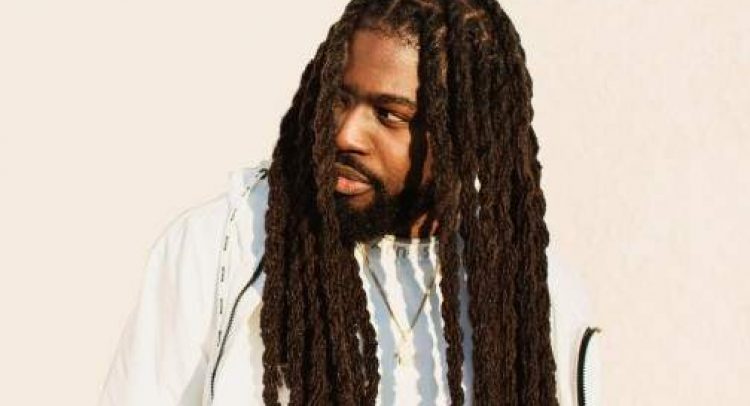 Di Genius and the Legend

In an interview with Jamaica Observer’s Splash, McGregor explained how he got involved with the project, which was released on June 19.

“I met with one of John’s A&R (Artiste and Repertoire) representatives Shawn Holiday who was really great. He thought it would be a good idea to connect John and me, and set up a session for us,” said McGregor.

The producer said it was an “amazing” experience working in the studio with Legend.

“John is amazing. He is very easy to work with and has a real genuine energy so being around him in the studio didn’t even feel like ‘work’. As an artiste, his ear for what he wants and talent is on another level,” he said.

McGregor gave an insight into the tracks that he worked on.

“ Don’t Walk Away featuring Koffee came from our first session together. He played me a bit of the songs he had for the album… He and another great songwriter/artiste Kirby Lauren wrote the lyrics. I worked on it for a bit and it was actually his idea to get Koffee on it as a feature, and she recorded and sent in her vocals and I finished the production remotely,” McGregor explained.

He continued, “ Bigger Love, the title track, is one they already had done with Ryan Tedder, Zach Skelton and Cautious Clay. John reached out to me as he thought the track needed a bit more Caribbean influence and I worked on it and sent it back. They loved it and decided that would be the final version,” he said.

McGregor said being part of a project such as Legend’s album made it easier for him to keep the music fresh.

“It’s an honour to be a part of such an amazing body of work, and it really just reaffirms that as a musician/producer you should never box yourself into a specific genre and just focus on being creative. This makes it easier for us to blend cultures and keep the music fresh.”

In recent years, McGregor has racked up a long list of credentials working with international acts.

“Some of the most recent projects that I produced include two songs featured in the HBO series Insecure. I also co-produced on French Montana’s Writing on the wall featuring Cardi B and Post Malone; Ne-Yo and Shenseea’s Major Moves from the movie Sprinter and now these John Legend records. I also have a bunch of other songs that are about to be released in the coming weeks for some more Latin and American artistes,” said McGregor.

McGregor is son of veteran reggae artiste Freddie McGregor. He is also the brother of singjay Chino McGregor.

He got involved in music from an early age, producing tracks for different producers and artistes. He explained how he has grown creatively.

“I think just having an open mind and like I mentioned just not being boxed into one genre. I’m from Jamaica so I’ll always represent my culture in whatever I do, but I think the growth comes from taking on new challenges and branching out into different worlds. Also being in circles with other prolific writers and producers really forces you to sharpen your skill set and push your creativity so I think I’ve definitely been a student of the craft and absorbing everything I need to learn so I’m more intentional with my methods and how I approach my work now.”

One of McGregor’s first projects was the Cartoon rhythm. He also worked on the Red Bull and Guinness, Power Cut, Street Swag and Peppa rhythms. Some of the hit songs that he produced were Come into My Room by Mavado and Stacious , Cyaan Friend Again by Di Genius, F rom Morning (Never Change) by Chino and Weh Dem a Do by Mavado.

Among the Grammy-winning albums he has worked on are Stony Hill by Damian Marley and El Dorado by Latin superstar Shakira. El Dorado was certified Diamond (Latin certification).

McGregor plans to make a return to producing dancehall and reggae projects.

“I’m actually in the process of mixing a lot of new singles and a few new rhythms that I have to drop in the very near future. There are songs from many of the familiar names usually on my projects as well as some of the new comers from dancehall/reggae scene as well, so stay tuned.”