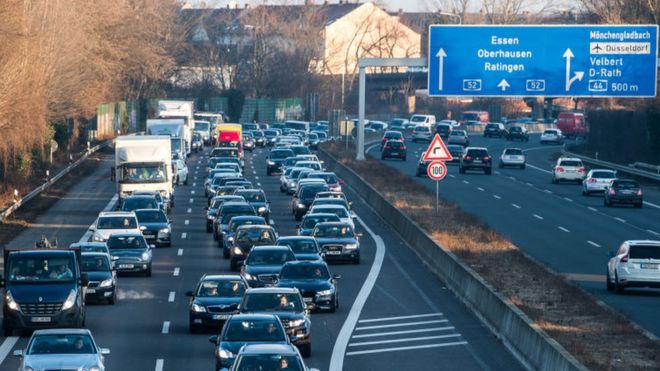 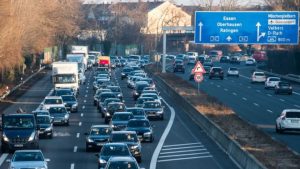 German cities will be allowed to ban older diesel vehicles from some areas following a landmark court ruling.

The government had opposed the bans, which set a precedent for the country, arguing they would cause disruption.

Analysts said the decision could lead to similar action across Europe.

The ruling by the country’s highest federal administrative court came after German states had appealed against bans imposed by local courts in Stuttgart and Duesseldorf, in cases brought by environmental group DUH.

The impact on German drivers could be marked, with millions being forced to leave their cars at home on days when harmful emissions are particularly high.

It could also depress the value of diesel cars affected by the ban.

Of the 15 million diesel cars on Germany’s roads, only 2.7 million meet the latest Euro-6 standards, according to data from Germany’s automotive watchdog.

Car companies could also incur huge costs to refit vehicles at a time when consumer interest in diesel is falling.

The market share for diesel vehicles in Germany fell from 48% in 2015 to around 39% last year.

The German government meanwhile has floated alternatives, such as making public transport free in cities suffering from poor air quality.

Paris, Madrid, Mexico City and Athens have all pledged to ban diesel vehicles from city centres by 2025, while the mayor of Copenhagen wants to ban new diesel cars from entering the city as soon as next year.

Carmakers including VW-owned Porsche and Toyota have also signalled they will move away from diesel technology.

Analysts at Evercore ISI said the latest German ruling had “set a strong precedent for similar action across Europe”.

“Note, the judge previously commented that the EU has clear rules on emissions and cities have a ‘duty’ to meet pollution targets.”

Concern raised about Caricom being fractured by some leaders