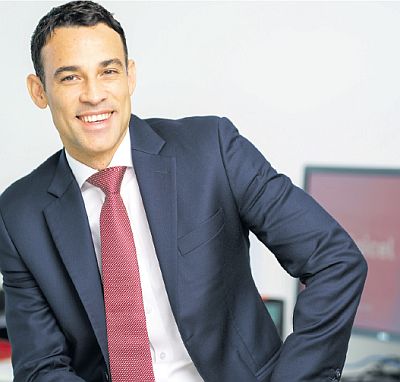 As part of its mission to drive 100 per cent internet penetration in Jamaica, Digicel is connecting communities across Jamaica to the very latest LTE (Long Term Evolution) mobile internet technology as it rolls out the service into the deeper reaches of rural Jamaica.

Having first introduced LTE to Jamaica in June 2016, Digicel has been steadily expanding the service, reaching the main towns and heavily-populated areas in nine parishes with internet speeds up to ten times faster than 4G. With this new phase beginning next week, Digicel will cover larger sections of Clarendon, Manchester, St Elizabeth, Hanover and Westmoreland—reaching into mainly farming communities and fast-growing towns.

With its sights set firmly on bridging the digital divide and catapulting Jamaica to the forefront of the knowledge economy, Digicel is spearheading the drive to ensure that all Jamaicans can take part in and benefit from transformational digital services like e-commerce, e-learning and e-government.

LTE is already allowing customers across major towns in Jamaica to do more via their mobile phones, such as make video calls and connect to streaming services like PlayGo and d’Music, while being able to upload and download their videos at lightning speed. Customer feedback has been overwhelmingly positive, with many reporting average speeds in excess of 30 megabits per second.

In its World Development Report (2016) the World Bank showed how a ten percentage point increase in broadband penetration can increase Gross Domestic Product (GDP) by 1.38 percentage points in developing economies such as Jamaica. The same 2016 report indicated that Jamaica had achieved 60 per cent internet penetration.

The Digicel CEO is making it his mission to give every Jamaican the opportunity to benefit from affordable broadband access and is making it easy for customers to get on board by offering a free upgrade to an LTE SIM at any Digicel store islandwide.

“Our vision is to see Jamaica grow from 60 per cent internet penetration today to 100 per cent; which means that this journey of LTE coverage expansion gives us a tremendous opportunity to use increased broadband penetration as one of the drivers of economic growth,” said Justin Morin, CEO of Digicel Jamaica.

“This is about taking Jamaica to the next level and opening up a world of endless possibilities for Jamaicans. We’re going for nationwide coverage within the shortest time possible and this sees us adding LTE service to over 100 sites in these areas. Our 700MHz spectrum advantage gives us greater reach with less cell sites, so this is a giant step forward to achieving our ultimate goal of lighting up all of Jamaica, and a significant leap forward for our customers in terms of what they can do with their connectivity.”