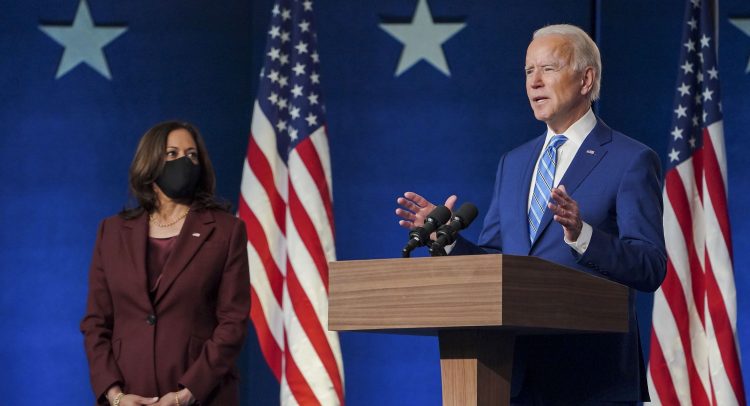 Director Gen. of IICA highlight historic ties between the US & int’l agency congratulating President Biden on his investiture

San Jose, 21 January 2020 (IICA) – In a congratulatory letter to the President of the United States, Joseph Biden, on his inauguration, the Director General of the Inter-American Institute for Cooperation on Agriculture (IICA), Manuel Otero, highlighted the historic ties between the United States and the specialized agency for rural and agricultural development of the Inter-American System.

In the letter, Otero underscored IICA’s firm commitment to “continuing to increase technical cooperation efforts” aimed at strengthening food security as well as mitigating and combating the sources of problems that affect countries in the Americas, such as climate change and mass migration

In his congratulatory message to President Biden, the Director General of IICA recalled that IICA was founded by a distinguished American, Henry A. Wallace, who held the positions of Vice President, Secretary of Agriculture and Secretary of Commerce of the United States of America and served as a Goodwill Ambassador for Latin America.

“In fulfillment of the mandate of its founder, the Institute has played an active role in promoting trade and business ties between the United States and Latin American and Caribbean countries. Furthermore, it has fostered free agricultural trade in the Americas, the adoption of science-based standards, the training of human resources, the provision of technical support in the field of agricultural health and food safety, the establishment of partnerships with the private sector and U.S. universities, as well as the dissemination of good practices and technologies, particularly to support small-scale farmers and ranchers”, stated Otero.

He also referred to IICA’s joint work with the USDA and the U.S. Department of State “in rural areas of the Americas, which has focused on generating and capitalizing on opportunities in areas ranging from renewable energy to women’s empowerment”. He added that this work “has been greatly appreciated by the governments of countries throughout the region, as a means of mitigating migration flows and climate change”.

In the letter, Otero also noted that, “within the framework of new and broad partnerships, the Institute is channeling efforts towards the digitalization of agriculture in the Americas and the universalization of connectivity services in the countryside. It is also making intensive use of its hemispheric platform to foster the sharing of information, knowledge and experiences between governments and the private sector to drive the creation and implementation of increasingly efficient public policies”.

The Director General of IICA also conveyed his best wishes to the new Vice President of the United States, Kamala Harris, and the new Secretaries of Agriculture and State, Tom Vilsack and Antony Blinken, respectively.