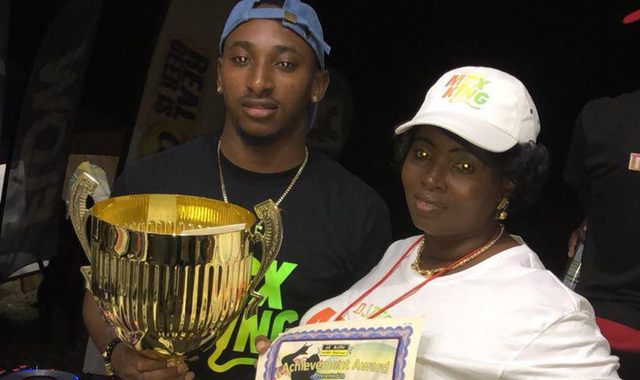 Basseterre, St. Kitts, 23rd June, 2018 – The exciting DJ Tero emerged winner of the 2018 St. Kitts Music Festival DJ Competition in what many say was one of the most action packed DJ competitions since its inception three years ago.

Patrons packed into this year’s location, Jamroc Restaurant in Frigate Bay, to watch 10 of the country’s most talented DJs perform live using past and present Music Festival themes.

Commenting on his success, DJ Tero said, “It was a very competitive competition, and I thank my fans for their support, couldn’t have done it without them. And I am also thankful for the opportunity to compete.”

In second place was Selector Purple, coming out of Nevis, winning $1,500 cash and 60 to 90 minutes performance at the St. Kitts Music Festival.

Akaii U Sweet rounded off the top three positions winning a $1,000 cash prize.

And something special for the ladies… Several patrons turned up with white sheets or blue coloured hair, mimicking popular dancehall artiste Spice, who will appear on the opening night of the three nights of concerts.

It was an enjoyable piece of creativity coming from patrons that everyone enjoyed.

In spite of the inclement weather, which was improving as the hours went by, the start of the DJ Competition was only delayed by 15 minutes. It was a show that ended at about 1:15 am Saturday.