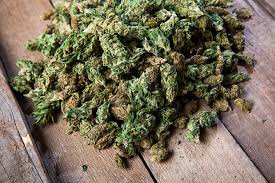 The controversial issue of legalizing marijuana in Dominica and its potential impact on the economy have been thrust into the spotlight again with the two major political parties giving their separate opinions on the matter.

The United Workers Party (UWP) is calling for urgent action by parliament to legalize the illegal herb while the Dominica Labour Party (DLP) says now is the time for serious discussion on it.

He said it is a “discussion we need to have.”

“We need to debate, we need to talk about it,” he noted.

Austrie said the issue is being discussed in St. Vincent and CARICOM has taken a decision “to talk about it.”

“So why are we not talking about it more in Dominica?” he stated. “That is the question. Are we prepared as a country to begin to talk about it?”

Austrie pointed out that whatever decision is taken on the issue is another matter but “you can only make a decision after discussion.”

Austrie said he is not encouraging people to use or sell the substance but “if we can grow it for medicinal purposes, the guys can come down here, they can buy it, we can package it, we can sell it, let us have that discussion on those subject matters.”

Political Leader of the UWP, Lennox Linton said the industry is “a multi-billion dollar medicinal and wellness products industry” that “is expanding by leaps and bounds around the globe using extracts of hemp – a plant that has been produced in Dominica for decades.”

“We, therefore, need to move speedily and purposefully claim a worthwhile share of that growing business before it is too late,” he stated.

Linton was in the US recently where the UWP said he was discussing “the growth potential of the market for hemp-based products with leading industry players.”

Linton believes Dominica must get on board to take advantage of the increasing opportunities for job creation, foreign exchange earnings, and a healthier nation.

He said the availability and affordability of hemp-based medicinal and wellness products will significantly reduce the incidence of
chronic non-communicable diseases and thereby lead to a healthier nation.

Linton wants both sides of Parliament to host “a National Consultation of all stakeholders and civil society organizations before the 2018/2019 National Budget, to discuss and agree what needs to be done urgently to secure Dominica’s place in the global hemp industry.”

The issue of marijuana legalization has been heavily discussed in Dominica over the years but no solid action has been taken on it.

In December 2106, Prime Minister Roosevelt Skerrit said the government would seriously consider medical marijuana in 2017 with a ‘structured’ and ‘informed dialogue.’

In July 2016, now “independent” Parliamentary Representative for the Roseau Central Constituency, Joseph Isaac stated that it was time for officials to seriously consider the decriminalization of marijuana, and expressed his willingness to “lead the mission” towards this objective.

In 2014, Skerrit revealed plans to review and perhaps alter Dominica’s marijuana laws, with the view to lifting some restrictions. However, he emphasized that the government was not prepared to lift the ban on the use of the herb completely.

In 2012, Attorney General, Levi Peter, made it clear that the drug would not soon be legalized, stating that, “Marijuana will continue to be an illegal substance in Dominica in the foreseeable future.”

Marijuana has been classified as a ‘Class B’ drug in Dominica meaning that it is illegal to possess, cultivate, or sell the substance.

Barbados telephoned the IMF: Is St Lucia next? (commentary by Melanius Alphonse)