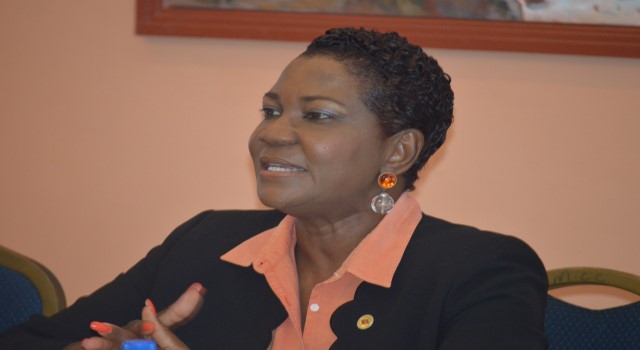 DNA leader optimistic about the party’s chances on March 21 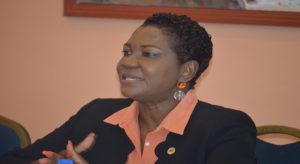 The leader of the Democratic National Alliance (DNA) said her party is well poised to form the next government, should the electorate put their faith in the men and women who have come forward declaring their candidacy.

Joanne Massiah, who is also the member of parliament for the All Saints East and St. Luke constituency, made the statement yesterday as she was questioned about the party’s chances of winning a general election with only 13 candidates.

The DNA was only able to field 13 candidates on Nomination Day, even though Massiah had pledged a year ago that the party would run in every constituency.

When she was pressed a little further about her party’s chances, Massiah said that while she could have hand-picked additional people to make up the full slate, she does not subscribe to the “wash your foot and come” policy.

“We were satisfied that 13 solid candidates had been launched to the public. We wanted to express and demonstrate that when we say we are in for a new kind of politics and a different style of leadership that we meant it,” the DNA leader said.

Massiah had earlier informed the media that the remaining candidates had work-related issues they were dealing with. She was optimistic that they would have been resolved prior to March 5.