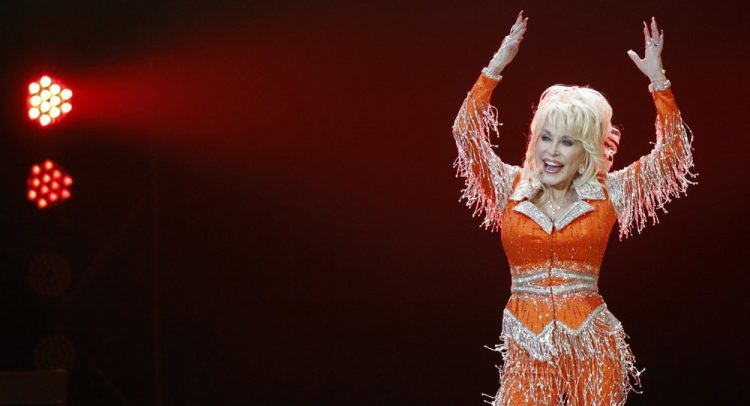 NEW YORK (AP) — It’s been 51 years since Dolly Parton earned her first Grammy nomination, and this year the national treasure who has won nine Grammys throughout her career is competing for her 50th honor.

Parton’s first Grammy nomination was at the 1970 show for “Just Someone I Used to Know,” a duet with Porter Wagoner. Nine years later she won her first gramophone for “Here You Come Again,” her 19th solo album and first to go platinum.

This year she’s nominated for best contemporary Christian music performance/song for “There Was Jesus,” her collaboration with Christian rock singer Zach Williams. Parton won in the same category last year for her guest appearance on the remix of “God Only Knows” by Christian duo for KING & COUNTRY.

“It’s always special. You always love to be acknowledged,” Parton said of achieving her 50th nod, though she quickly added: “Like I’ve always said, ‘I don’t work for awards and rewards.’”

Parton is the second-most nominated woman in Grammy history, only behind Beyoncé, who has 79 nods and 24 wins. The country icon earned the Grammy Lifetime Achievement Award a decade ago.

Among her wins, Parton picked up two Grammys for the massive hit “9 to 5” and another for “Trio,” her first first collaborative album with Emmylou Harris and Linda Ronstadt. An updated version of “Jolene” won Parton and a cappella group Pentatonix a trophy. At the 1983 show, the legend scored a nomination for a re-recording of “I Will Always Love You,” which she wrote and originally released in 1974, and a collaborative performance of the song with Vince Gill earned a nomination at the 1996 show — two years after Whitney Houston’s famous rendition of the song won two Grammys, including record of the year.

The 2021 Grammys will air on March 14. Parton said this year’s nomination for “There Was Jesus” is extra-special because it is a deep track that sits close to her heart.

“That particular song … was more rewarding to me than winning an award,” she said. “I felt very blessed to be a part of such a wonderful song.”

“But of course, since I grew up in the church and I’m a person of faith, a song like that would mean more to me than a lot of the others, I have to admit.”

In addition to the Grammys, Parton’s busy year includes turning 75 and getting her coronavirus vaccine, months after she donated $1 million to Nashville’s Vanderbilt University Medical Center for coronavirus research.

FILE – Dolly Parton performs in concert on May 27, 2014, in Knoxville, Tenn. It’s been 51 years since Dolly Parton earned her first Grammy nomination, and this year the national treasure who has won nine Grammys throughout her career is competing for her 50th honor. (Photo by Wade Payne/Invision/AP, File)

Miss Universe competition to air live from Florida in May