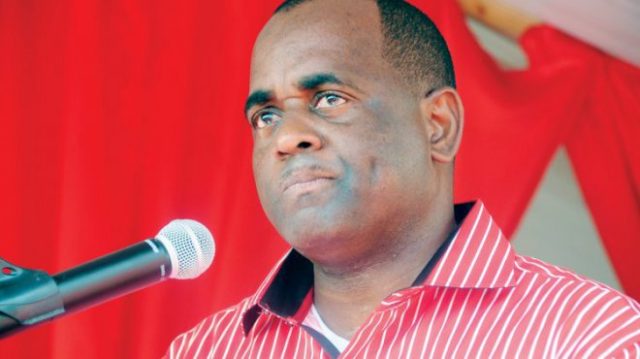 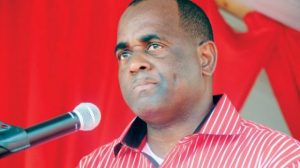 The Dominica government had informed the US-owned Ross University School of Medicine that it could have resumed its operations on the hurricane struck island even before the start of the January semester in 2019, a senior government diplomat has said.

Dominica’s ambassador to the United States and the Organisation of American States (OAS), Vince Henderson, speaking on a radio programme here on Tuesday night, read from a three-page letter Prime Minister Roosevelt Skerrit had sent to the university in July indicating that plans were advanced for the resumption of classes in Portsmouth, north of here. “It is my fervent hope that all things considered there will be a much earlier re-opening of the campus that has been indicated in your earlier communication and during your visit in April 2018,” Skerrit wrote in the July 9 letter to the Adtalem Global Education president and chief executive officer at Ross University, Lisa Wardell.

“I wish to assure you that all the arrangements we discussed for the accreditation for Ross by the Medical Board have been acted upon to meet the desired expectation,” Skerrit is reported to have written, telling the university officials to “please accept my warmest regard as we work together for the recommencement of full operation in terms of the Picard campus of Ross.

“I am prepared to meet with you soonest to discuss our continuing partnership,” he wrote, informing Wardell that Dominica was ready for the school, which had been in operation here for the past 40 years.

In the letter, Skerrit spoke of the fixed land and mobile lines being installed at the university since October 2017 and that the new fibre optic and LTE line by FLOW would have been available by July 2018.

Skerrit also spoke of the efforts by DIGICEL, the Dominica Electricity Services Limited (DOMLEC), and pipe borne portable water at Picard, north of here being available since October

On Tuesday, Barbados Prime Minister Mia Mottley denied there was anything underhanded by her administration into accepting the Ross University School of Medicine’s move to the island.

“Barbados came into the picture, only when, for Ross University, returning to Dominica for the start of the January semester in 2019, was not an option. This is not and has never been a case of poaching or enticing anyone away from Dominica,” she said in a statement on Tuesday.

Last Friday, Prime Minister Skerrit announced Ross University, which had been forced to relocate its operations to St Kitts and the state of Tennessee in the United States following the passage of Hurricane Maria last September, would be leaving the Eastern Caribbean nation after 40 years. Hours later, Mottley and Wardell held a press conference in Bridgetown indicating that Barbados would be the new home of the American university by January 5, 2018.

In her statement, Mottley said while she could not speak for or on behalf of Ross, “the hands of the Barbados Government are clean in this matter”.

Outlining how Ross ended up in Barbados, she said the government was first approached on this matter on May 31, a week after her Barbados Labour Party’s landslide election victory.

She pointed out that Ross University has not been operational in Dominica since the passage of Hurricane Maria and the student and faculty bodies will remain at their temporary locations in St. Kitts and Tennessee into the next semester.

“The question for Ross, therefore, was how soon could and would the situation be regularized to the extent of housing all students and the operation of the University, if not under one roof, surely on one island. Indeed, as they expressed it, how could they meet the expectations of all their stakeholders – their students, the parents and faculty – and then their shareholders, as a publicly traded company?” Mottley continued.

But, speaking on the radio programme here on Tuesday night, Senior Counsel, Anthony Astaphan, the legal advisor to the Dominica government, also dismissed suggestions that Dominica was not prepared for the resumption of classes at Ross University.

“Here it is that the Prime Minister indicating to the CEO of Ross, under the heading “International Airport and Air Access, not only did the Prime Minister indicate the plans for the international airport which would have been in the medium to long term interest to Ross, not only did he mention the weekly service between Dominica and either Fort Lauderdale or Miami , the Prime Minister gave a specific commitment to Ross that they were working …to resume the late afternoon departure from San Juan (and) early morning departure out of Dominica and that the government was committed to covering the airline’s overnight cost”.

Astaphan said Prime Minister Skerrit also gave an update on the establishment of hotels in the area and quoted him as saying “we are also satisfied there’s a surplus quality of accommodation” and that a private sector committee had been established to communicate with Ross.

He said Ross was advised that “quite apart that a September 2018 opening was possible that they could have had a phased opening on May 2018.

“They were told so by officials of the Medical Board who are authorised by our law to accredit Ross,” he told radio listeners, adding that “Ross’s reply to the Medical Board was that they were tied in a contractual relations with the Tennessee…University until December 2018.

“So let’s be clear, there is no question of the government or government officials indicating that Dominica would not be ready for Ross. The Prime Minister made it clear that a September opening was possible or sooner and the Medical Board had informed them that they could have had a phased opening from May 2018.

“Ross’s position was not to reject that but to indicate that they had a contractual relation with the University in Tennessee, “Astaphan told radio listeners.

He said that the Medical Board was cooperating throughout with Ross University in St. Kitts and in Tennessee and ‘whether it is a business decision or not Ross had an obligation to have the press conference here (Than in Barbados) to tell us what in fact happened and why it is as late as the 9th of July the Prime Minister is writing and expressing complete satisfaction that Ross can come and should come to open by September 2018”.