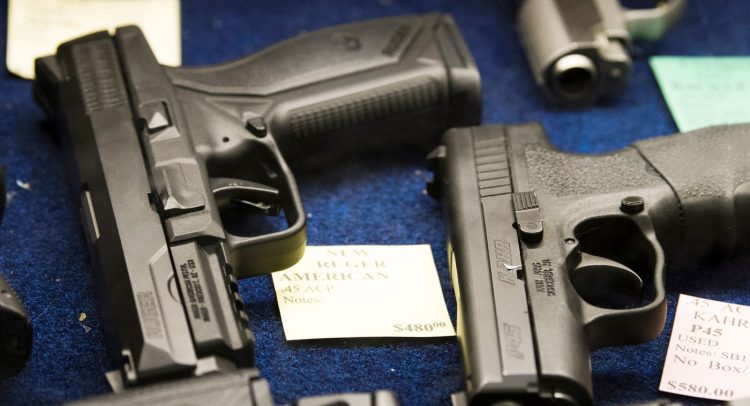 National Security Minister, Rayburn Blackmoore has called for more decisive action by stakeholders within the justice system to stem the rise in criminal activities in Dominica as he announced moves by the government to strengthen existing legislation.

Blackmoore, speaking after a man was shot and killed during the early hours of Saturday, said “it is clear that guns are in the wrong hands and this is not the kind of Dominica we want, especially as we try to rebuild our beautiful country after the most devastating hurricane in the history of Dominica”.

Police said they had no leads regarding the death of Brian Alexander, who was shot in the back of the head.

Head of the Criminal Investigation Department (CID), Mathew Cuffie is calling for public assistance in solving the murder that came a few days after another man Ezron Roberts was shot and killed near a supermarket.

“We are calling for the general public, if there’s any way they can assist the police in terms of information, please give the information,” he said.

Blackmoore said every citizen irrespective of their political affiliation “must condemn this bold and vicious attack.

“To stem the situation, all players within the criminal justice system must act firmly and decisively. The police must intensify their efforts to weed the streets of illegal firearms. The sentences laid down by the courts, as far as gun crimes are concerned, must suit the crime,” Blackmoore said.

He said the sentences must also ‘reflect the sentiments of society”.

But, he said further amendments will now be pursued.

“When this new act was enacted into law, the intention of government and Parliament was very clear. Persons convicted of gun offences should be dealt with seriously. Under the current Firearms Act, a person who is guilty of the possession of an illegal firearm on summary conviction…for the first offence the penalty is EC$15,000 or two years imprisonment or both.

“In any other case on summary conviction, a fine of EC$20,000 or a term of imprisonment of 15 years or both. The government will be pursuing further amendments to the Firearms Act for the expressed purpose of making possession of an illegal firearm a strict liability offence where intention or guilty mind does not have to be proven by the prosecution”.

Blackmoore said that the amendments are also intended to make provisions for custodial sentences “once you are found with an illegal firearm, you go straight to jail.

“It is un-Dominican for us to solve our differences by gun,” he added.