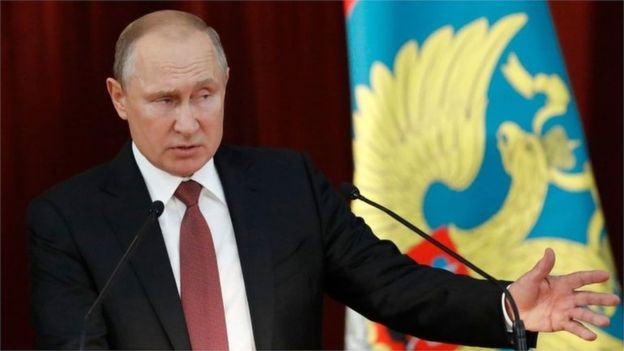 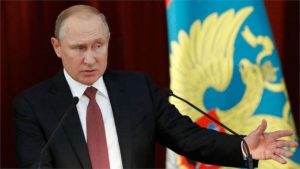 Donald Trump has asked his national security adviser to invite Vladimir Putin to the White House in the autumn.

She added: “President Trump asked (national security adviser John Bolton) to invite President Putin to Washington in the fall and those discussions are already underway.”

Earlier on Thursday, the US president had said of Mr Putin: “I look forward to our second meeting.”

The news comes as the US director of national intelligence Dan Coats revealed that he does not know what was said between the two leaders during their one-on-one meeting.

Mr Coats said: “I think as time goes by and the president has already mentioned some things that happened in that meeting, I think we will learn more. But that is the president’s prerogative.”

He also restated the US intelligence assessment about Russian meddling and Moscow’s “ongoing, pervasive efforts to undermine our democracy”.

On Monday, Mr Trump claimed that he “didn’t see any reason” why Russia would be involved in US election meddling, a comment that sparked bemusement and anger among US politicians and commentators.

But the next day he said that he had mis-spoke, saying “would” instead of “wouldn’t”.

He said what he meant “should have been obvious – I thought it would be obvious but would like to clarify in case it wasn’t”.

It was the first clarification that had to be issued after a number of deeply controversial comments made by Mr Trump during that news conference.

In the latest, on Thursday, the White House had to distance itself from what he had described as an “incredible offer” made by the Russian president.

That offer was to allow the US to question 12 Russians accused of interfering in the 2016 presidential election, in exchange for Russia being allowed to interview Americans they had accused of unspecified crimes.

Anger grew in the US at the prospect of turning American citizens over to the Russians for questioning, and on Thursday the White House stepped back.

Ms Sanders said: “It is a proposal that was made in sincerity by President Putin, but President Trump disagrees with it.

“Hopefully President Putin will have the 12 identified Russians come to the United States to prove their innocence or guilt.”

The Americans in question include former US ambassador to Russia Michael McFaul and alleged crimes include fraud and corruption.

Mr McFaul said the request from Mr Putin was “ridiculous”, and it was also rubbished by the Senate, where all 98 politicians voted to support a resolution against allowing Russia to question US officials.

In an interview with The Christian Broadcasting Network on Thursday, Secretary of State Mike Pompeo said it was “not going to happen”.

Microsoft soars past $800 billion in value after bumper results

Haitian Development Should Start With the Haitian People