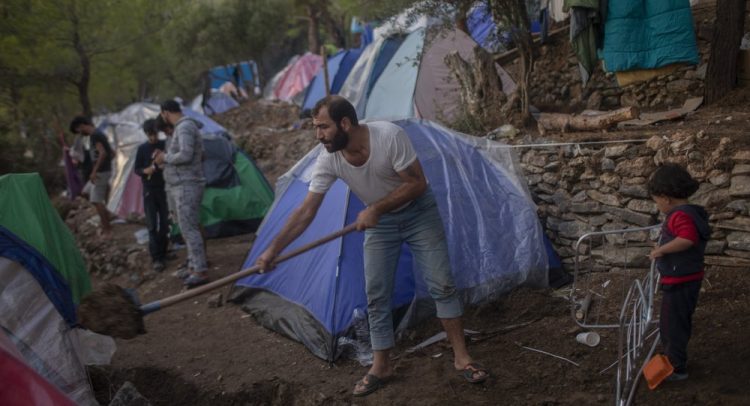 BRUSSELS (AP) — Aid organizations on Monday made a plea for world leaders to boost financial support to conflict-torn Syria where around 11 million people are in need of humanitarian assistance, on the eve of a major donor conference hosted by the European Union.

The conflict has killed more than 400,000 people and sparked a refugee exodus that has destabilized Syria’s neighbors and hit Europe, but now economic chaos and the spread of the coronavirus are weighing even more heavily on its long-suffering people.

Syria’s struggling economy has sharply deteriorated recently. Prices have soared and the national currency, the Syrian pound, has collapsed, partly due to fears that international sanctions would further isolate the country. Farmers desperately need funds to prepare next year’s crops.

“Syrians who have already endured almost a decade of war and displacement are now facing unprecedented levels of hunger leaving millions of people acutely vulnerable to COVID-19,” the aid agencies said in a joint statement.

Perhaps wary of the state of coronavirus-ravaged national coffers, organizers have underlined that they have no fixed pledging target for Tuesday’s donor conference.

In a report last week, the EU said that in 2019 donors contributed 8.9 billion euros ($10 billion) in grants to Turkey, Egypt, Iraq, Jordan, Lebanon and Syria. The United Nations currently requires about $3.8 billion for its Syria-related work.

It will be the eighth annual Syria pledging conference, and the fourth hosted by the EU, which estimates that it has donated around 20 billion euros ($23 billion) to Syria and the region over the years. Around 60 countries, including the U.S., key U.N. agencies and others involved in the conflict are expected to take part.

Beyond its economic impact, the coronavirus has also forced the conference to be held online. The event is usually an important opportunity for officials to meet on the sidelines to discuss thorny issues and resolve problems, but officials worry that the virtual format might reduce the conference to a number-crunching exercise.

Main photo: In this Sept. 25, 2019 file photo, a Syrian man shovels dirt next to his tent near the refugee and migrant camp at the Greek island of Samos island. (AP Photo/ Petros Giannakouris, File)