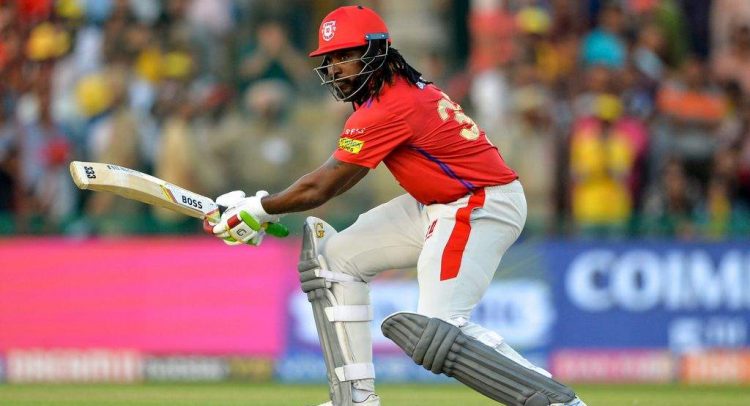 West Indies batsman Chris Gayle is proving he’s still a threat at 41 after the “Universe Boss” smashed a second half-century in five games for Kings XI Punjab in the Indian Premier League.

Gayle, who holds the IPL record for sixes, cracked 51 off 29 deliveries including five over the ropes as Punjab thrashed Kolkata Knight Riders by eight wickets to rise into the top four.

It was a typically explosive innings from the dreadlocked star, who plies his trade in Twenty20 leagues around the world after putting international cricket on a back-burner.

Gayle, one of the oldest players in the tournament, was benched for the early part of the IPL and then missed games over a stomach bug, but he has responded in style.

“Today the coach asked the senior players, we need to step up in crucial games, I am glad we were able to put my hand up,” man of the match Gayle said after the win.

“And the youngsters in the team are telling me, ‘Don’t retire.'”

Gayle put on a key partnership with Mandeep Singh, who hit an unbeaten 66 two days after the death of his father, as Punjab chased down their target of 150 in 18.5 overs.

He has injected life into Punjab’s faltering campaign after hitting a quickfire 53 in his first game of the IPL, which was delayed and moved out of India because of the coronavirus, on October 15.

“Chris, it was a very hard decision not to play him (in earlier games). He is the hungriest I have seen in the last seven-eight years playing for different franchises,” said Punjab captain KL Rahul.

“Running ones and twos. And you know how he keeps the dressing room upbeat. To do it over and over again, year after year.”

The flamboyant Gayle, who calls himself “Universe Boss”, is the leading scorer in T20 cricket with 13,473 runs, including his record 341 IPL sixes.

The left-handed batsman has plied his trade in T20 leagues around the world and was most recently picked up by Kandy Tuskers for Sri Lanka’s upcoming Lanka Premier League.

Gayle is not the only veteran turning heads, however. South Africa’s AB De Villiers, 36, has been at the centre of Royal Challengers Bangalore’s campaign this season, scoring four half-centuries at a strike rate of over 174.

De Villiers, already nicknamed “Mr. 360” for his all-round skills, was described as “superhuman” by his captain Virat Kohli after he hit 73, his highest score at this year’s IPL, to give Bangalore a vital win.

The 33-ball blitz including six sixes — one of which hit a moving car outside the stadium — prompted India coach Ravi Shastri to urge the former South Africa skipper to come out of international retirement.

De Villiers called time on an illustrious South Africa career in May 2018 after 114 Tests and 228 one-day matches with a batting average of more than 50 in both formats.

Another 36-year-old South African, Faf du Plessis, has been a stand-out for Chennai Super Kings, scoring 401 runs in 12 matches.

However, Chennai — tagged “Dad’s Army” by the media — became the first team to exit the play-offs race, with captain Mahendra Singh Dhoni and Australia’s Shane Watson, both 39, failing to live up to their reputations.