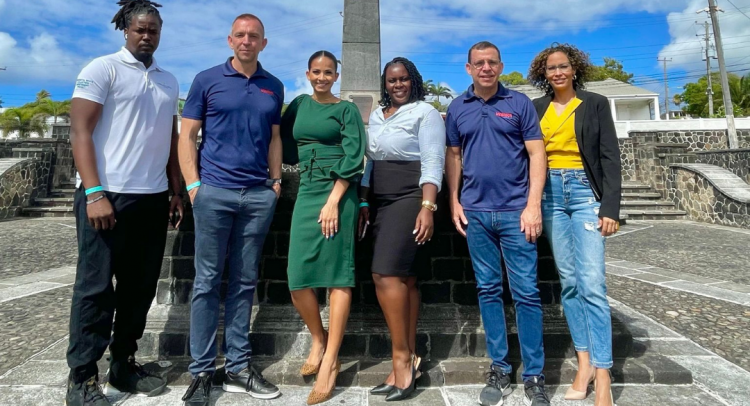 Don’t Waste Team from Barbados on the ground in St.Kitts to launch Don’t Waste St Kitts and Nevis Campaign. 

Don’t Waste St. Kitts is a national anti-littering movement that’s pro- St. Kitts and Nevis. Powered by the Solid Waste Management Corporation (SWMC), the ultimate goal of this initiative, is to encourage Kittitians and Nevisians to take pride in their surroundings and stop littering. “We want St. Kitts and Nevis to be recognised as the cleanest small islands in the world and that starts with encouraging residents and visitors to put their trash where it belongs, in a bin,” said Ivan Hanley – Chairman of the SWMC.

The Don’t Waste St. Kitts project is supported by the wider Don’t Waste campaign conceptualised and founded by Anthony Da Silva and first launched in Barbados. A contingent from Barbados will be in St. Kitts over the coming weeks working with local advertising & marketing agency Open Interactive and the SWMC to develop campaign messaging, roll out the first initiatives under the project including launching across social media, and advancing the public awareness initiatives for the anti-littering movement with graphic design development, video production and digital content for upcoming campaigns.

This cross regional team will work to also ensure that programmes are developed using a multi-generational approach, with efforts to drive awareness amongst the youth as a high priority. “The children today are technology savvy and adopt new technology quickly, it is imperative that we engage them to change behaviours on how the people of St. Kitts and Nevis view litter,” said Anthony Da Silva.

One of the flagship youth programmes will be a collaboration with Ellipsis Earth, a UK based company who are harnessing the power of drone technology and heat mapping to identify and locate litter sources so these can be better addressed through national or community-based clean-ups.