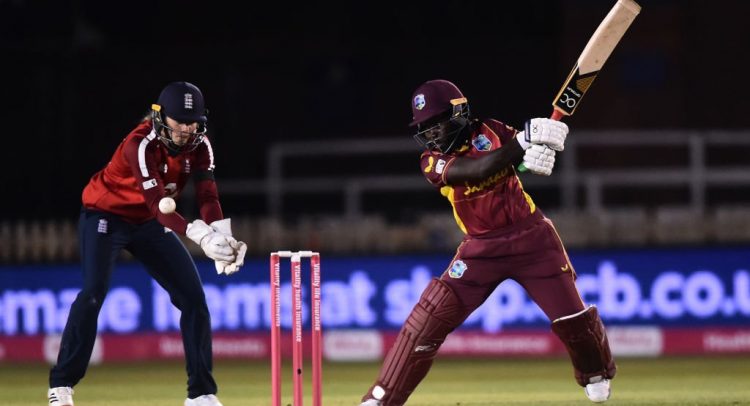 Deandra Dottin made a magnificent 69 to start the Sandals West Indies Women’s tour of England on a high on Monday night. The powerful opener smashed six boundaries and two huge sixes – one of which sailed 88 metres, well over deep midwicket and out of the ground. She topscored to record her highest T20 International score against England as West Indies made 116-6 off their 20 overs in reply to England’s 1638-8 at the Derbyshire County Ground – the home side won by 47 runs.

Dottin was the only West Indies batter to reach double-figures and accounted for more than half the team total. She played a number of other stunning shots on both sides of the wicket, before she tried to force a ball from Sophie Ecclestone through the off side and was bowled in the penultimate over.

In the England innings, Shakera Selman was excellent as she took 3-26 off her four overs and demonstrated great control in her first and second spells. The seam bowler, who turned 31 earlier this month, recorded the second-best figures of her career, following the 3-23 she took against New Zealand Women at Intercargill back in March, 2014

The five-match series continues on Wednesday night under lights with the second encounter at the same venue.