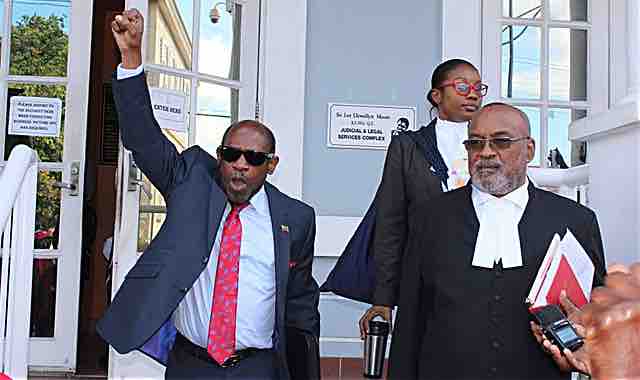 It is not certain, how long it will be before the substantive hearing will begin, as legal manoeuvring could result in significant delays.

Nevertheless, The Court has set the 20th April for the hearing of the applications.

Meanwhile, lawyers of the defendant have also indicated intentions to file additional affidavits based on what is revealed in the Government’s responding Affidavits.

According to Lawyer Anthony, the defendant’s stance is clear.

Anthony said that information could have been easily accessed by the Attorney General before he filed his claim in Court.

The Attorney General has indicated, however, that the claim was filed on the belief that Dr. Douglas has sworn allegiance to the Commonwealth of Dominica, and as such, disqualifies himself from holding his Constituency #6 seat in the National Assembly of St. Kitts and Nevis.

Dr. Douglas had described the actions of the Attorney General as, “Wasting tax-payers money”.