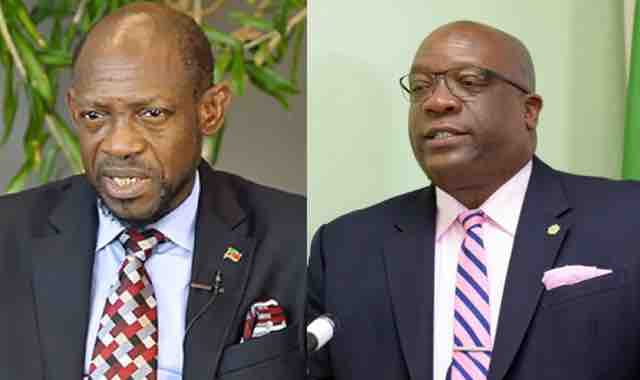 Basseterre, St. Kitts, 2nd February, 2018 (MyVueNews.com) – Prime Minister Dr. Timothy Harris said the case before the Court of Leader of the Opposition Dr. Denzil Douglas’ possession of a Dominica diplomatic passport and possible allegiance to that country is one that has “grave constitutional, political and parliamentary significance to the Commonwealth family”.

Prime Minister Harris was speaking at his first monthly press conference, on 1st February, and pointed to similar cases that occurred in Jamaica and Australia in support of his statement.

The Government claims that Dr. Douglas has sworn allegiance to Dominica. As a consequence, the Government says that the Constitution and the law of St. Kitts and Nevis prohibit such a person from running for office in elections, or from sitting in the National Assembly.

It must be noted, however, that Dr. Douglas has repeatedly denied that he has sworn allegiance to Dominica, and has said that the Government is on a “witch-hunt” and is “wasting tax payers money”.

But Harris said at the press conference, “Dr Douglas will defend the case as to whether he is in breach of the Constitution at section 28(1)(a) and the National Assembly Elections Act.”

According to Harris, the Leader of the Opposition will have to answer the question of eligibility to sit in the National Assembly.