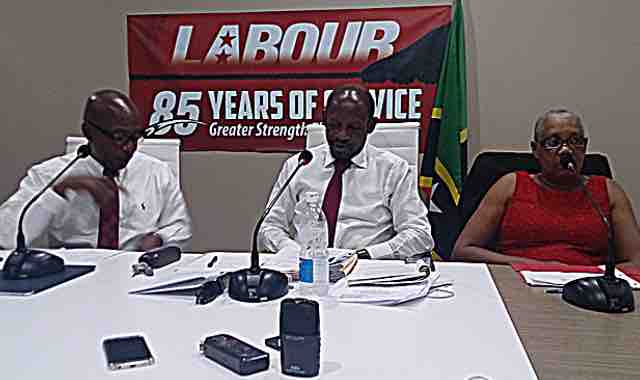 Speaking at his second press conference for the year, on Wednesday, 28th February, Dr. Douglas said the signs of an early election are showing.

He said, “We can tell that elections are coming soon. All of a sudden, we hear of certain promises of money are to be met beginning later this year and elections to be held shortly thereafter.”

He said that the Government planned, however, to stop the payment after the early election, if Team Unity won again.

“This is deceptive and is, in fact, backward politics,” Douglas stated.

He said also, “Low income earners should have received the promised money of $500 since 2015. Not after two years. Not after three years, but since day one after the elections of 2015.”

The Labour Party leader accused the Government of overseeing “three years of corruption, nepotism, cronyism, as well as three years of injustice.”

Douglas, who is also the parliamentary opposition leader said the Labour Party had endured much since the last elections.

He said the St. Kitts-Nevis Labour Party has been officially mobilised. “Our candidate selection process is nearly all but complete, and we are now, at last, on the road,” Douglas informed.

He continued, “I want all our listeners and our supporters to pay close attention to the Government’s actions this year. I also urge those who stand with us to keep themselves in a state or readiness for the events of 2018 that are in store.”