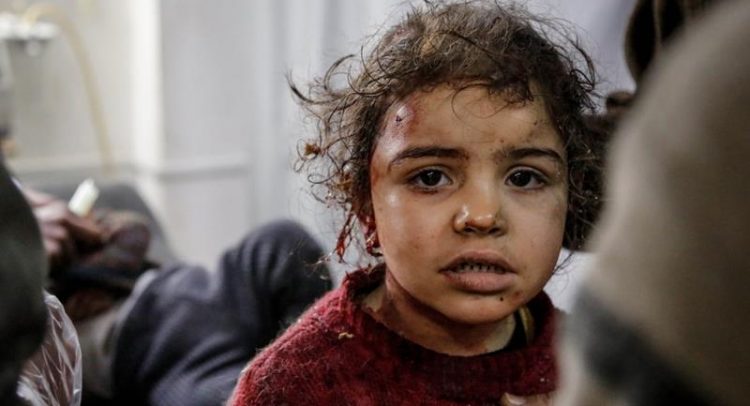 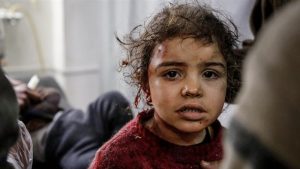 At least 37 people, mostly women and children, have been killed and 80 others injured after regime forces bombed an underground shelter in Eastern Ghouta, according to rescuers and activists on the ground.

Sources on the ground and rescuers from the Syrian Civil Defence, a volunteer rescue group also known as the White Helmets, said on Friday that the victims were burned to death after air strikes carrying napalm gas hit the shelter in the town of Arbeen.

“An airstrike targeted one of the underground cellars in Arbeen last night where between 117 to 125 people, mostly women and children, were hiding,” Izzet Muslimani, an activist in Eastern Ghouta, told Al Jazeera.

“Those who were injured are still being treated for first and second degree burns. With the lack of emergency services, we are expecting the death toll to rise,” added Muslimani.

Zaher Hassoun, another activist in the rebel enclave, confirmed reports that the Syrian government had hit the shelter with napalm gas, a flammable liquid that is used in warfare as it sticks to skin and causes severe burns.

Earlier this month, the Syrian Civil Defence said the Syrian government hit Arbeen with chlorine gas, phosphorous and napalm. The news followed reports of several alleged chemical attacks in a matter of days.

Eastern Ghouta has been under control of armed opposition groups since 2013 – two years into a popular uprising in Syria calling for the removal of President Bashar al-Assad.

More than 1,500 civilians have died in the enclave, east of the capital, Damascus, since the regime forces backed by the Russian warplanes launched a fierce assault on February 18.

The attack reportedly came just hours before a ceasefire went into effect after midnight which saw hundreds of opposition fighters and their families evacuated on Thursday from the town of Harasta in the eastern part of Eastern Ghouta, according to Syrian state media.

Sana, the official Syrian news agency, said at least six buses carrying the evacuees were headed to Idlib province in Syria’s north, which is an area under opposition control.

The operation was facilitated by a United Nations delegation as well as the Syrian Red Crescent.

Until recently, Eastern Ghouta was one of the last remaining rebel strongholds. In a renewed offensive by the government since February 18, the opposition lost large parts of it, with the Syrian army claiming it has now recaptured 80 percent of the suburb.

Sweet and Savory and the Culinary Studio