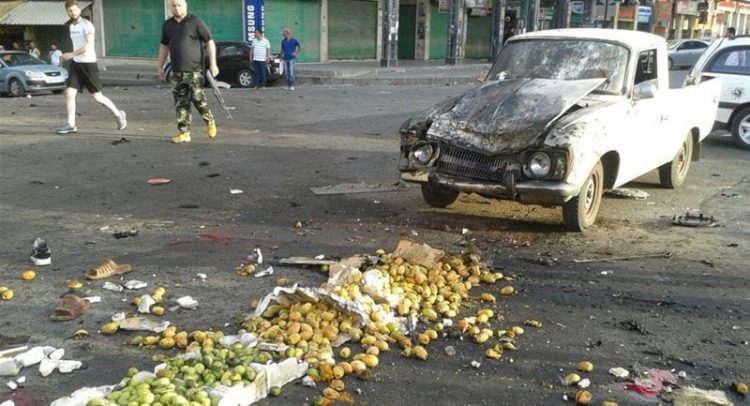 A series of suicide bombings and attacks in southwest Syria have killed dozens of people, with state media blaming the Islamic State of Iraq and the Levant (ISIL, also known as ISIS) for the violence.

The head of Syria’s health authority on Wednesday put the number of fatalities from the blasts at 50 after initially claiming that 38 had been killed in the attacks while the Britain-based Syrian Observatory for Human Rights (SOHR), which relies on a network of sources on the ground, put the death toll to 56.

A suicide bomber detonated his explosives at a busy vegetable market in the city of Sweida, some 120km south from the capital Damascus, early on Wednesday, as ISIL fighters mounted attacks on several villages to the northeast, state news agency SANA said.

The bomber drove through the market on a motorcycle and blew himself up, the TV station said.

Sweida province has largely been spared most of the violence that Syrian cities have witnessed in the years since the conflict started in 2011.

But in recent weeks, the Syrian government and its main ally Russia have stepped up their offensive to defeat rebels holding territory in southwest Syria, and captured a string of villages straddling the southern provinces of Deraa and Quneitra as they edge closer to a 1974 demilitarised zone with Israel.

In less than a month, Syrian government forces, backed by Russian air power, have been able to seize control of most of southwestern Deraa province, including the provincial capital of the same name.

The city of Deraa was the cradle of the uprising against President Bashar al-Assad more than seven years ago.

Alongside the military offensive, the government has also struck “reconciliation” deals, essentially a negotiated capitulation of a number of villages that have been in rebel hands for years, to restore government control there.

Hundreds of rebel fighters and their families have departed from the region since Saturday and fled to opposition-held Idlib province.

The Syrian civil war started as a largely peaceful uprising against al-Assad in March 2011, but quickly developed into a full-scale war after the Syrian leader refused to concede power.

The UN special envoy to Syria, Staffan de Mistura, estimated that at least 400,000 people had died over the first five years of conflict.