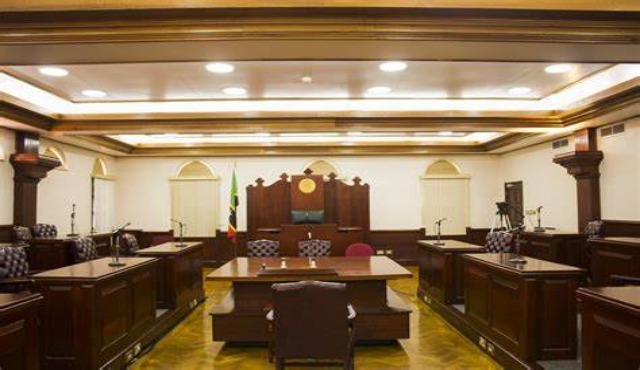 Draft Estimates for the SKN Budget to be presented next Wednesday

Notice has been given for a sitting of the National Assembly to be held at the St. Kitts Marriott Resort Royal Ballroom on Wednesday, 14th December, 2022, at 10:00 am where the Annual Financial Statement and Budgetary Proposals for 2023 will be presented.

At the St. Kitts Marriott Resort, The Honourable Prime Minister and Minister responsible for Finance, Hon. Dr. Terrance Drew will seek leave to introduce and have read a first time The Appropriation (2023) Bill, 2022. The Honourable Prime Minister will then move the second reading of The Appropriation (2023) Bill, 2022, which in common parlance is referred to as the Budget Address.

The Appropriation (2023) Bill, 2022 is a Bill to provide for the services of Saint Christopher and Nevis for the financial year commencing 1st January 2023 and ending on 31st December 2023.

The Sitting will continue from Thursday, December 15, 2022, at the National Assembly Chambers, Government Headquarters, Basseterre at 10 am where there will be days of debates and presentations by Parliamentarians on the 2023 Budget.

Additionally, Section 71 (4) of the Standing Orders of the National Assembly states that “The debate on the second reading of the Bill shall be confined to the financial and economic state of the State and the general principles of Government policy and administration as indicated in the Bill and the Estimates.”

The National Assembly will be broadcast live on ZIZ Radio (96 FM) and participating radio stations. It can also be viewed live on TV Channel 5 in St. Kitts and Channel 98 in Nevis. It will also be streamed live at www.zizonline.com

Copies of the Bills can be found on the website (sknis.kn) of the St. Kitts and Nevis Information Service under the Section Bills when they become available.

Address by Attorney General and Minister of Justice and Legal Affairs, Hon. Garth Wilkin in Commemoration of Anti-Corruption Day 2022