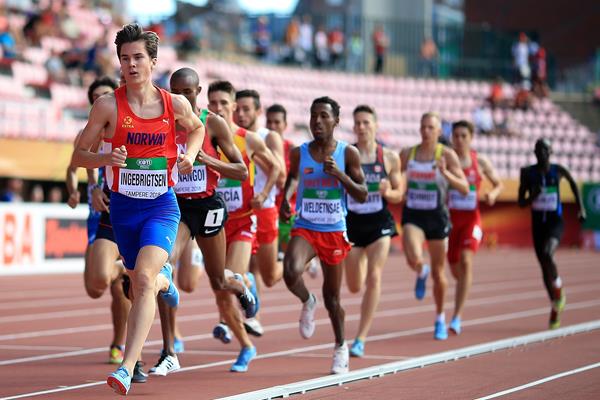 An Australian has never won a combined events title in IAAF World U20 Championships history but with two athletes ranked inside the top three on the 2018 world U20 lists, expectations are high that Ashley Moloney or Gary Hassbroek could improve on the silver medals won by Jake Stein in 2012 and Cedric Dubler in 2014.

Moloney, who has been named in Australia’s 4x400m pool for the championships, began the first day of the IAAF World U20 Championships Tampere 2018 with an excellent – and wind-legal – 10.51 in the 100m to break the world U20 decathlon best, but his campaign almost came to an inauspicious end in the long jump.

After two no-jumps – one of which looked in excess of his lifetime best of 7.54m – Moloney played it safe with his third jump, stuttering into the board and hitting the sand at 7.06m.

Moloney still led proceedings after two events from Hassbroek but he was usurped from the top of the leader board after the shot put by France’s Makenson Gletty who produced the three best marks of the contest: 15.27m, 15.21m and 16.03m. Gletty leads the standings with 2563 points from Switzerland’s Finley Gaio (2515) and Moloney (2454) but the latter has a strong second half to the first day and is expected to regain the lead.

Authorised neutral athlete Stepan Kekin, the world U20 leader, is seventh after three events with 2381 points.

May presses on with Brexit plan after high-profile resignations