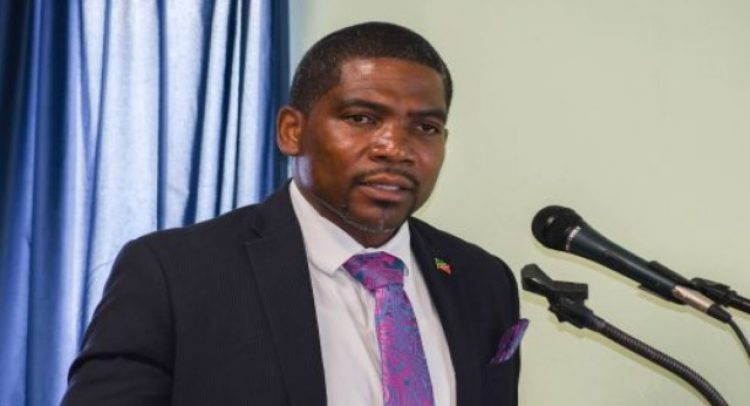 Drew thanks police officers for sevice

In his first meeting with the rank and file of the Royal St. Christopher and Nevis Police Force (RSCNPF) today (Tuesday, August 16) at the NEMA Conference Room, Prime Minister the Honourable Dr. Terrance Drew thanked the officers for their commitment to maintaining law and order in St. Kitts and Nevis.

“I want to say thank you for agreeing to be police officers and to be public servants. With your help, I know that we will transform the Royal St. Christopher and Nevis Police Force into a paragon of excellence and the envy of police forces throughout the region. That is my goal and I hope it is yours as well,” said Prime Minister Drew, who is the Minister of National Security in the Federal Cabinet of St. Kitts and Nevis.

The Honourable Prime Minister used Tuesday’s important meeting to also encourage all police officers, irrespective of their political affiliations, to recommit themselves to the task of protecting and serving the people.

“I am not concerned solely about the politics at this moment. I am not concerned if you supported my party in the recent elections or not. Those are not my priorities, although important. I am concerned that our police force is professional, courteous, courageous, compassionate, devoted, well equipped and dedicated to protecting and serving all of our people with distinction and integrity,” Prime Minister Drew said.

Dr. Drew added, “Your Government understands that societal peace and stability are vital to achieving our progressive agenda, but first and foremost there must be due attention to justice – natural justice, social justice, economic justice, environmental justice and workplace justice.”

Following his remarks, Prime Minister Drew facilitated a number of questions from officers in attendance and pledged to address as many of the issues raised in a reasonable time period.

Prime Minister Drew was supported at today’s meeting by the Attorney General and Minister of Justice and Legal Affairs, the Honourable Garth Wilkin; Permanent Secretary in the Ministry of National Security, Mr. Osmond Petty; Commissioner of Police, Mr. Hilroy Brandy and other senior level members of the Royal St. Christopher and Nevis Police Force.