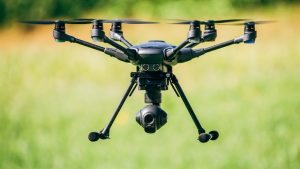 The Caribbean Agricultural Research and Development Institute (CARDI) representative in Antigua and Barbuda, Paul Lucas, has offered advice to mitigate the spread and effects of the lethal yellowing disease afflicting coconut trees.

In an interview on OBSERVER AM yesterday, Lucas discussed how CARDI and International Trade Centre (ITC) will be teaming up to develop the coconut industry across the Caribbean.

“For the larger trees it would be difficult to go up and spray for mites and such. We have proposed the use of technology like drones. There are parts of the world where they are used to spray. It reduces the risk of persons involved in the industry. It might not be safe to climb these trees in bad weather. We are looking at more holistic ways to reduce risk,” Lucas said.

He added that until drones become available, his advice would be for individuals to remove trees from the field immediately when they recognise that there is an issue with the plant so that it does affect surrounding plants.

He stated that with the right management team, the future benefits to the farmers, consumers, the nation and the region will be tremendous.

One of the areas of focus for the project will be in Barbuda where 95 percent of the trees that once flourished in the 250-acre coconut tree plantation were destroyed by the passage of Hurricane Irma in September of last year. The remaining trees are said to be struggling or dying because of the extremely high concentration of salt in the ground.

The four-year project is funded by the European Union as a part of the 10th European Development Fund, and it focuses on the CARIFORUM coconut-producing countries in the Caribbean.

The objectives of the initiative are to improve marketing linkages, increase coconut production in the Caribbean, increase food security and reinforce the incomes of small-scale farmers in the coconut sector.

Venezuela: Members of municipal councils will be elected on December 9th