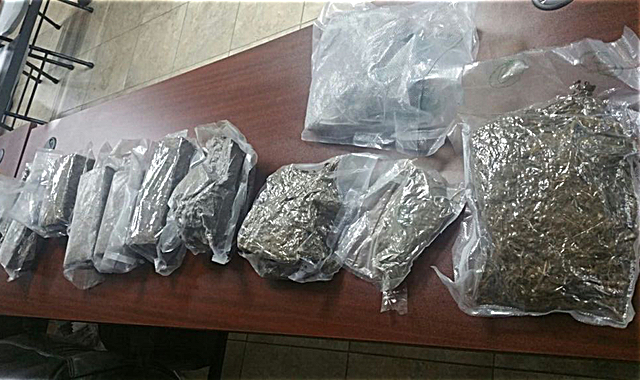 Basseterre, St. Kitts, 19th January, 2018 (MyVueNews.com) – Two persons are in Police custody following a Customs search and discovery of a quantity of marijuana.

Customs and Police found 12 packages, of what they described as “vegetable material suspected to be cannabis”, which were concealed in a water heater, according to a Police Press Release issued Friday morning, 19th January.

The law enforcement agents examined the package at the Bird Rock Customs & Excise offices, where the 12 packages, weighing 8,337 grams, and marked ‘Prestige Trucking Services’, were discovered.

The release states, “Two persons, including the individual who was present to clear the package, are in Police custody assisting with investigations.”

Assistant Commissioner of Police Terrence James is quoted as saying, “Operations, such as this, account for the increase in the number of drug cases seen in the 2017 statistics.  The more vigilant we are, the more drug interdictions we are able to carry out.  The result, of course, are more drug offences being recorded, as we continue to charge the offenders,”