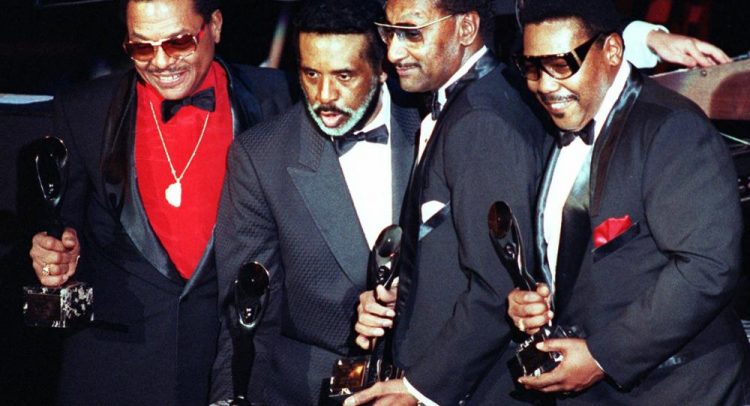 NASHVILLE, Tenn. (AP) — The story of the Four Tops, the famous Motown harmony group, began at a high school graduation party in Detroit, when four young men were hoping to impress the girls with an impromptu performance.

That night in 1954, when Abdul “Duke” Fakir, Levi Stubbs, Renaldo “Obie” Benton and Lawrence Payton sung together for the first time, was the start of a lifelong brotherhood. Now that musical history will be laid out in a memoir called “I’ll Be There: My Life With The Four Tops” coming out on May 5 by Fakir, the last surviving member of the Four Tops.

“We came together in such beautiful harmony that we’d never rehearsed,” said Fakir. “The voices were a perfect blend from first tenor to the second tenor to baritone bass. And we had one of the greatest lead singers in Detroit and it just happened just like that.”

Over their career, the Four Tops grew from a vocal quartet (originally called the Four Aims) scraping by gig-to-gig, traveling the country, to the top of the charts, with hits like “I Can’t Help Myself,” “Baby I Need Your Loving,” and “Reach Out, I’ll Be There.” Their harmonies helped define the Motown sound of R&B and soul, but the Four Tops went beyond genre, often throwing in jazz and American standards in their shows. They would be inducted into the Rock & Roll Hall of Fame and earn a Lifetime Achievement Award from the Recording Academy.

The quartet remained together for four decades. Payton died in 1997, followed by Benson in 2005 and Stubbs, who was the lead singer, in 2008. For Fakir, he wanted the book to memorialize not just his life, but also the bond that the four men created. He also is working on a musical based on the Four Tops as well. The memoir was co-written with Kathleen McGhee-Anderson.

“And now that the fellows are gone, I know it’s a story that should be told,” said Fakir. “It’s a love story. It’s got so many things about love in it. My life is part of that. But the Four Tops, we spread love.”

Fakir, now 86, talked with The Associated Press from his home in Detroit about growing up surrounded by music, how they dealt with segregated venues and why they never changed their lineup. Answers have been edited for brevity and clarity.

AP: Your time at Motown Records, run by Berry Gordy Jr., coincided with the careers of so many other amazing artists, like Stevie Wonder and the songwriting trio of Lamont Dozier and Brian and Eddie Holland. What was the music scene like then?

Fakir: It was such a wonderful family affair. The whole Motown scene was just like they say it was, you know. And we learned from each other. It was like a musical, a total musical academy, you know? Where you’d learn how to make records and then you’d learn how to sell them. And then they had artist development where they taught you, if you didn’t know, how to perform these things. So it was to me a total school of beautiful, wonderful young kids that loved what they wanted to do. Very talented, too.

AP: In the book, you explained that none of you initially realized how popular “Reach Out, I’ll Be There” would become. What changed your mind?

Fakir: We never even thought of that as a single, because it was an experiment. So when Berry called us to his office and said, “Fellas, get your stuff together, your taxes together, because you’ve got something that’s going to be as big or bigger than ‘I Can’t Help Myself,’” I said, “When are we going to record it?” He said, “You did.” … We looked at each other like he lost his mind. So we never did believe it. Until it was released, and I heard it on the radio. I was in my car and I heard it. And I almost cried.

AP: You wrote about your band’s experiences traveling the country in the 1950s, when many venues and hotels were segregated. But later on, Motown Records decided not to book their artists at segregated venues. How did you feel about that?

Fakir: The main person that helped change that was Berry’s sister, Esther Gordy. She was the one that was running the Motown Revue… You know, we were all upset, but she’s the one that really made the move. She told the promoters, “Hey enough of this. We can’t go any further. And we won’t be back until our people — all these people who love our music — until they can come and sit together, dance together, clap hands together, whatever they do.” And about six months later, that happened. We felt just great about that. Absolutely.

AP: What makes the Four Tops special was your commitment to each other and the fact that you stayed together for decades. What held the four of you together as brothers for so long?

Fakir: We talked about it when we were very young. “Look, if we don’t ever split up, we got more of a chance to make our dreams come true.” And we used to talk about that. And Levi was one of the main ones. He said, “Remember one thing, I’m not going nowhere. I love singing with you guys.” I said, “Well, you’re going to be the one that is going to take us to the mountain.”

FILE – The Four Tops, from left, Renaldo “Obie” Benson, Levi Stubbs Abdul “Duke” Fakir, and Lawrence Payton hold their awards after being inducted into the Rock and Roll Hall of Fame in New York on Jan. 17, 1990. Fakir wrote a memoir, “I’ll Be There: My Life With The Four Tops.” (AP Photo/Ron Frehm, File)

Preventable cancers on the rise in Barbados