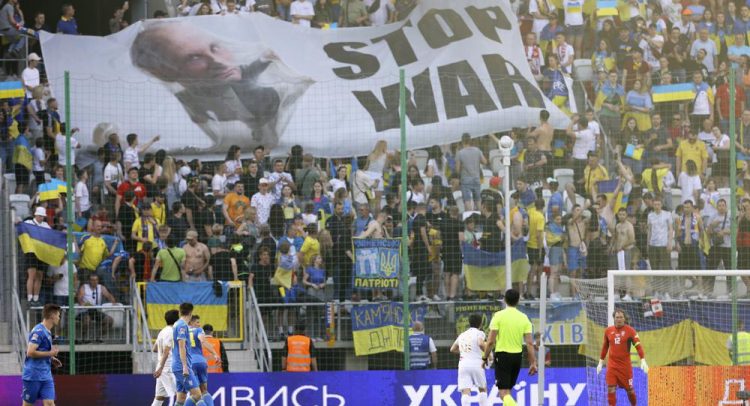 NYON, Switzerland (AP) — Ukrainian soccer will return to the Champions League next month when Dynamo Kyiv plays Turkish team Fenerbahçe in the second qualifying round — the club’s first competitive game since the Russian invasion started.

Dynamo was among four teams in Wednesday’s draw for runners-up from mid-ranking leagues.

Dynamo was in second place in the Ukrainian league when it paused in February after Russia invaded. The league never resumed. No league title was awarded to leader Shakhtar Donetsk but the standings were used to decide Ukraine’s entries for the next UEFA club competitions.

It is unclear where Dynamo will host Fenerbahçe in the first leg on July 19 or 20. The return game will be in Turkey on July 26 or 27.

Shakhtar officials have been in talks to use the stadium of Polish club Legia Warsaw when the team starts its Champions League group program in September.

Dynamo would have to advance through three qualifying rounds to join Shakhtar in the 32-team group stage.

Russian teams have been banned by UEFA from European club competitions, but that decision is being challenged by four clubs at the Court of Arbitration for Sport. Zenit St. Petersburg won the Russian league title.

In the other pairing of league runners-up, Danish club Midtjylland was drawn to face Cypriot team AEK Larnaca.

A separate draw for national champions in the second qualifying round paired Israeli club Maccabi Haifa with Greek team Olympiakos, while Croatian team Dinamo Zagreb will play either Shkupi of North Macedonia or Lincoln Red Imps of Gibraltar, and Swiss club Zurich will face either Polish team Lech Poznań or Qarabağ of Azerbaijan.