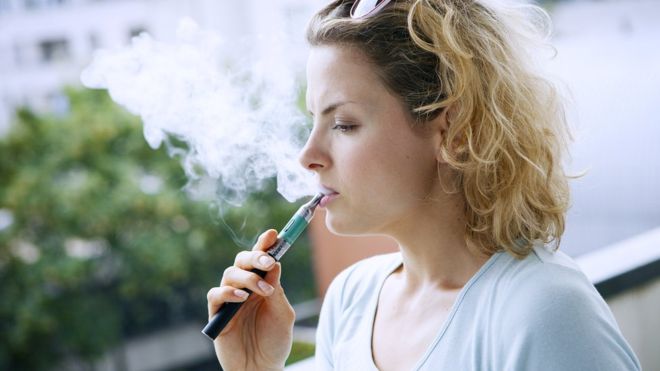 E-cigarettes ‘should be on prescription’ 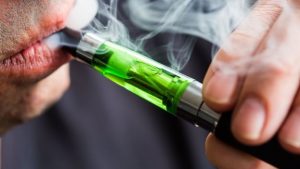 The agency wants them to be prescribed on the NHS within the next few years because of how successful they have been in helping people give up smoking.

An independent review of the latest evidence, published by PHE, suggests at least 20,000 people a year are quitting with the help of e-cigarettes.

The report also says they are at least 95% less harmful than smoking.

PHE also wants hospitals to be able to sell e-cigarettes and have areas where patients can vape.

This could even be in private rooms for patients on long hospital stays, it says.

In Wales, the Welsh Government had tried to ban the use of e-cigarettes in some enclosed places, including schools, hospitals and places selling food, fearing vaping would “re-normalise smoking”.

But the legislation failed at the last hurdle in 2016 after a row between Labour and Plaid.

No e-cigarettes are currently licensed in the UK as a quit-smoking aid.

And PHE is calling for “an easier route” for manufacturers to get a medicinal licence.

“Anything that the [Medicines and Healthcare products Regulatory Agency] MHRA can do to make it easier for manufacturers we think would be helpful,” said PHE health improvement director John Newton.

The evidence review, which was carried out by independent tobacco experts, also found confusion over the risk posed by e-cigarettes.

But Mr Newton said there was “overwhelming evidence” they were far safer than smoking and “of negligible risk to bystanders”.

“Almost half of smokers have never tried an e-cigarette possibly because they have views about how risky they are which are not founded on the evidence.

“We really want to get the message out that they really should consider using an e-cigarette because they’re a lot better for them than continuing to smoke,” he said.

Ann McNeil, professor of tobacco addiction at King’s College London and lead author of the report, said it was “of great concern” that smokers still had “such a poor understanding” about what caused the harm from smoking.

“When people smoke tobacco cigarettes, they inhale a lethal mix of 7,000 smoke constituents, 70 of which are known to cause cancer,” she said.

“The constituents in tobacco smoke that cause the harm are either absent or at much lower levels… in e-cigarettes so we are confident that they are substantially less harmful than cigarette smoking.

“People smoke for the nicotine – but contrary to what the vast majority believe, nicotine causes little if any of the harm.

“The toxic smoke is the culprit and is the overwhelming cause of all the tobacco-related disease and death.”

The review also found there was little evidence to suggest that e-cigarettes were leading young people into smoking.

The research suggests less than 1% of young people who have never smoked use e-cigarettes regularly and the number of young people smoking continues to decline at an “encouraging” rate.