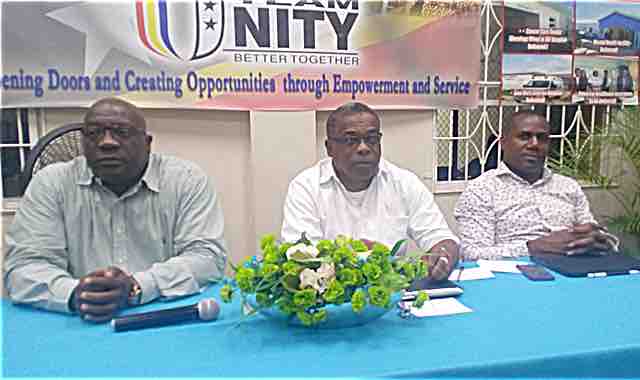 He informed on 20th February, at the Newtown town hall meeting, that the ceremony will take place at Port Zante on Monday, 26th February, at 4 pm, and extended an invitation to the public to attend.

The ceremony, he said, will be the signing of the finance agreement which will “kick start the construction phase of the new cruise pier”.

Prime Minister Dr. Timothy Harris also indicated that the project represents one of the largest public expenditure ever undertaken by any entity in the country of St. Kitts and Nevis, close to US$50 million.

He said the project will “transform Basseterre as the major capital city, not only the physicality, but most important, it would transform the lives of every Kittitian and Nevisian. Basseterre will look nice and clean.”

But commenting on actions Liburd said were taken by the opposition Labour Party, he said, “They tried to stop it. No loyalty. Imagine the former Prime Minister wrote a letter to the Canadian Government asking them to hold back the money. Imagine that!”

After listing several capital projects to be undertaken starting in 2018, Liburd said, “Your Team Unity Government continues to open doors and create opportunities through empowerment and service. We are celebrating three years, and you must admit that things are better under your Team Unity administration.”

Several hundreds of people attended the town hall meeting that was streamed live on Facebook and as live on ZIZ Radio.

More than 100 missing after school attack