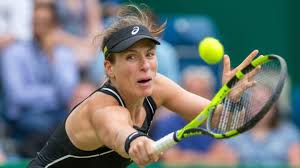 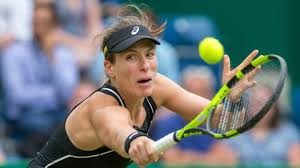 British number one Johanna Konta cruised to a 6-1 6-3 win over Aleksandra Krunic in her Nature Valley International opener in Eastbourne.

Konta, 27, produced a dominant display against Krunic of Serbia to seal her progress to the last 16 having been given a bye in the first round.

“I haven’t played Caroline in some time so I am looking forward to that battle,” Konta told BBC Sport.

“She is a Grand Slam champion this year. I am happy with how I played here, I knew Aleksandra would be difficult to face so I was glad I was able to keep my focus.”

Wozniacki added: “It will be great to play Johanna as it’s good to get some tough competition at this early stage to prepare for Wimbledon.”

Konta reached the Wimbledon semi-finals last year, becoming the first British woman to achieve the feat for 39 years.It saw her climb up to number four in the world, however she has struggled since then and changed coach to American Michael Joyce in December 2017.

Against the Serb, ranked 39 in the world, Konta produced a confident performance on Centre Court at Devonshire Park.

Konta broke Krunic’s serve in the fourth game of the first set and then came through a tough service game of her own to capitalise before a second break.

World number 22 Konta, 13th seed at this tournament, then emphatically closed out the set with a service game to love.

Krunic, 25, received lengthy medical treatment on her thigh between sets and then surrendered a break in the fifth game of the second set.

With a 5-3 lead Konta sensed her moment to break again and at match point she advanced to the net to finish it with a flourish in 74 minutes.

Antigua to make appeal to Canada over pending visa-restriction change