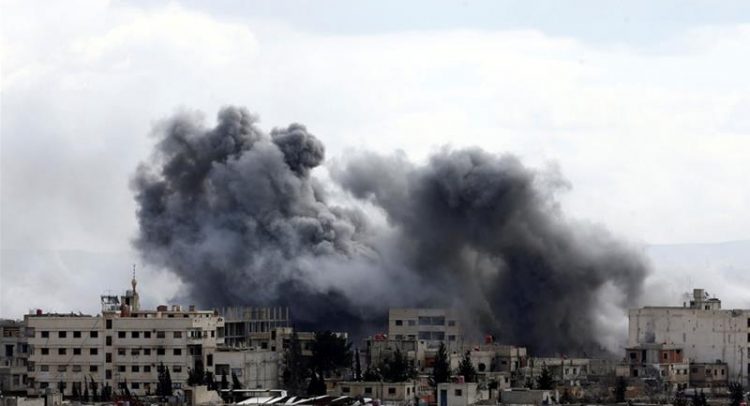 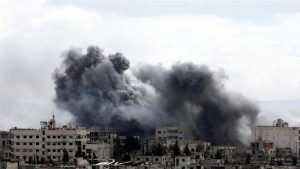 Syrian government forces have clashed with rebels on the outskirts of Eastern Ghouta, despite a Russian-sponsored truce that is now in its second day, a war monitor reported.

Since Wednesday morning, during a second attempt at implementing a ceasefire in the besieged enclave, Syrian President Bashar al-Assad’s forces have been locked in “fierce” fighting with rebels who have been in control of the area since 2013, according to the Syrian Observatory for Human Rights (SOHR).

The confrontation is part of a ground offensive launched by the government on Sunday. It has been fighting on multiple fronts in an attempt to penetrate the enclave.

The daily, five-hour “humanitarian pause” is meant to evacuate the injured out of the Damascus suburb and allow humanitarian convoys to deliver food and medicine to some 400,000 people trapped inside.

The first attempt to implement the truce on Tuesday was unsuccessful, as aerial bombardment and artillery fire killed at least four people and injured dozens more.

Residents of the enclave said government warplanes launched several attacks in the early hours of Wednesday morning, and stressed that the most intense attacks have been centres in three towns – including Douma, Misraba and Harasta – near the front lines.

“There have been no evacuations whatsoever – not medical, not humanitarian, nothing.”

“The regime has launched a psychological game – that’s all,” a resident said. “Bombardment has been ongoing since last night”.

Residents also say they cannot trust the same entity that has been assisting the government with bombarding them, and demanded a third, trusted party to implement the truce.

But Russia held rebels in the enclave responsible for not implementing the truce and blocking aid from being delivered to devastated civilians.

Addressing the United Nations Human Rights Council in Geneva, he noted Moscow would continue to support Syrian forces in defeating the “terrorist threat”.

Al Jazeera’s Zeina Khodr, reporting from Beirut in neighbouring Lebanon, said the rebels in Eastern Ghouta denied the claims made by Lavrov.

“They [rebels] are denying this, saying they are not bombing the corridors and that people do not want to leave because they don’t have any security guarantees – there are no international monitors,” Khodr said.

“People are going to cross into government territory – what guarantee is there that they won’t be arrested, detained, or forced into conscription?” she added.

“What people want is a lasting ceasefire.”

Eastern Ghouta has been under continuous aerial bombardment since February 18, when Russian-backed Syrian warplanes stepped up their campaign against opposition fighters in the area.

More than 550 civilians have been killed, according to SOHR, making the latest offensive the most intense in Syria’s seven-year war.