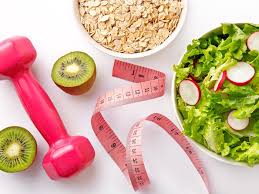 Want to live longer? Then resist your inner hunger and eat less.

That’s the conclusion of several studies that link healthy aging and calorie-restricted diets.

These diets may help improve mood and even defend against age-related diseases that ravage the body. People can use this tool to potentially increase their life spans, say experts.

One study published in Cell Metabolism journal this month concluded that cutting calorie intake by 15 percent over two years can slow aging and protect against diseases such as cancer, diabetes, and Alzheimer’s.

A slowed metabolism is linked to longer life in hundreds of animal species, said Leanne Redman, PhD, associate professor of clinical sciences at Pennington Biomedical Research Center in Louisiana and a co-author of the study, told Healthline.

“Energy is handled more efficiently,” added Rozalyn Anderson, PhD, an associate professor at the University of Wisconsin School of Medicine and Public Health. “Pathways of resilience are triggered.”

Fat, for example, is used rather than stored.

Garbage in, garbage out

The theory isn’t anything new.

Researchers have long known  that calorie-restricted diets can be a potent anti-aging weapon. The caveat is that the studies have mostly been done on animals.

The most recent research was one of the first to focus on humans.

Participants were 53 healthy, non-obese people between the ages of 21 and 50.

The researchers said they discovered that even people who are healthy and lean can benefit from calorie-restricted diets.

In addition, many biomarkers for aging were reduced, according to the study, and health improved.

“One thing is certain,” Anderson told Healthline. “If you eat less and weigh less, you live longer.”

The diet used was plant based and included energy bars and vegetable soups.

Calorie-restricted diets work because you’re cleaning the garbage out of your cells, explained Barry Sears, PhD, author of the Zone Diet book series and president of the Inflammation Research Foundation.

“The more calories you eat, the more free radicals you generate,” he told Healthline. “They cause damage.”

Yes, more studies on humans — rather than animals — are needed, say experts.

Yet, lots of information can also be gleaned from studies with animals, say experts.

And another study done at Washington University School of Medicine in St. Louis indicated that some animals lived up to 50 percent longer after significantly cutting calories.

The diets begun early or in midlife in animals can increase longevity, according to researchers.

Energy efficiency is the key

So some experts worry that people could drastically cut back calories too much or in the wrong way, resulting in reductions in muscle mass or bone density.

“You need fuel to be alive,” explained Anderson. “The vast majority of calorie intake keeps the ocean liner afloat.”

Even trickier, no one diet fits all people. So experts advise consulting a doctor before starting the diets.

But a 25 percent calorie cutback wouldn’t be healthy, she said.

“And in the long run, these diets aren’t as effective as modest diets,” Khorana told Healthline. “Following a balanced nutrient-rich diet is the key to success.”

And, she adds, exercise is also important.

So just cutting back on calories without getting good nutritional information could mean missing out on essential vitamins and minerals.

In the two studies on humans, participants took vitamin supplements to make sure that the diets were still nutritionally rich.

The upshot is that efficiently using energy is the key to longevity — along with healthy eating.

Yes, counting calories is hard in a culture awash in processed foods and enticing sugar-loaded treats.

But experts insist that the gains from calorie-restricted diets far outweigh the risks.

Also, diets can be successfully changed in as little as four days, said Sears.

The underlying message, adds Anderson, is powerful: Aging is malleable.

“Diseases are all different,” she said. “But they’re all associated with aging. And calorie-restricted diets work.”

A ‘great citizen’ is laid to rest