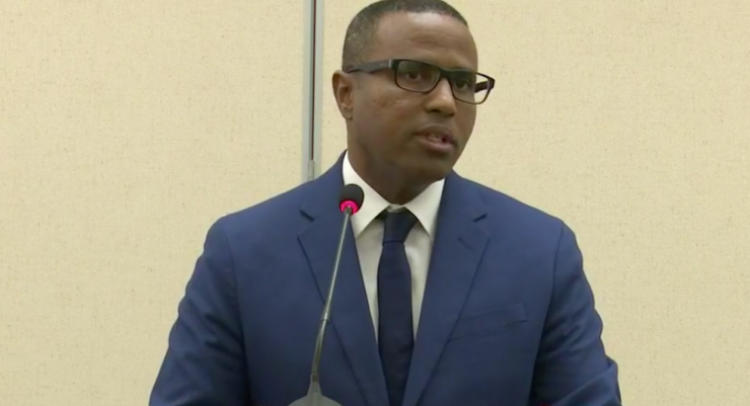 A leading Caribbean economist wants the Barbados Government to take its bonds offer to public officers a step further by allowing these workers to buy ownership in state-owned profit-making entities like the air and sea ports.

Dr Justin Ram, a former Director of Economics at the Caribbean Development Bank (CDB) said the Barbados Optional Savings Scheme (BOSS) was a good start but it should also include the option to allow holders of the bonds to convert them to equity in operations such as the Grantley Adams International Airport for which Mottley administration is now seeking private investors.

The BOSS is designed to redirect almost $100 million to capital works projects to create jobs for some of the 41 000 who lost their employment due to the COVID-19 pandemic and to help maintain employment levels in the public sector.

Ram, who now heads the consultancy Justin Ram Advisory Services, was one of the featured speakers on Friday at the Sagicor Cave Hill School of Business webinar titled Perspectives on Economic Growth.

“The good thing about [BOSS] is that it allows the secondary trading of those bonds if a private citizen or even an institution wants to buy those bonds off the public workers.

“I would, however . . . advocate that these types of bonds can go one step further and perhaps have a conversion clause whereby, over time, you can convert the bonds into an equity stake.

“Say for example if the resources were used to improve the port or airport in Barbados, then maybe that individual could have an equity stake in the airport and that will encourage the airport to become a lot more profitable. At the same time, those profits are then feeding back to the citizens of Barbados,” the economist explained.

In this connection, Ram added: “Conversion clauses towards equity . . . do two really good things. We do what we are saying here that we need to give people a larger equity stake in their economy and now because it is no longer a debt, it has been converted from debt to equity; the debt is wiped off the Government’s books.

“It does a really good thing because it allows people to utilise their resources and take an investment stake. The Government gets to do major capital works which it needs to do but the Government does not have to pay that back because now this person has an equity stake in an asset that they can earn a rate of return on as long as that asset is performing well.”

The economist argued that people who have an investment interest in a company or entity try to ensure that it performs well.

“So now [public workers] have a direct stake in the tourism industry because the airport relies on as many people coming through. And the more people that are coming to Barbados for tourism or in transit purposes, then that equity stake performs even better.

“It is a real win-win. That is the next step that these bonds need to take . . .  so it’s good for individuals and good for the Government as well.”