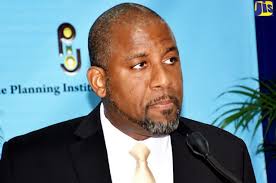 The Jamaican economy grew by an estimated 1.2 per cent for the January to March 2018 quarter compared to the corresponding quarter of 2017, according to latest data from the Planning Institute of Jamaica (PIOJ).

The positive out-turn for the January to March 2018 period reflected increased external demand from Jamaica’s main trading partners, which supported increased exports of some goods and services, particularly in the tourism industry.

Major infrastructure works, including road rehabilitation and expansion projects; the construction and renovation of hotels, residential and commercial buildings also contributed to the growth.

Overall, the goods-producing industry grew an estimated three per cent, with all industries registering improvements in real value added during the review quarter.

The mining and quarrying industry was the largest contributor to growth, up 25 per cent over the comparative quarter of 2017.

“This was due to an increase in total bauxite production by 28.7 per cent, reflecting higher alumina and crude bauxite production,” Henry said during a media briefing on Tuesday of the January to March 2018 quarter.

Manufacture and construction grew one per cent and 1.5 per cent respectively, while the agriculture, forestry and fishing industry grew by an estimated 0.5 per cent, facilitated by improved weather conditions.

Of the services industry, hotels and restaurants registered the highest growth of 1.6 per cent, while finance and insurance services reflected growth of one per cent led by increases in the net interest income on the stock of loans and advances, and fees and commission income.

The PIOJ now anticipates continued strengthening of performance for most industries for the April to June quarter of 2018 comparative to 2017.

Baseline growth for the quarter is expected to be in range of 1.5 to 2.5 per cent, supported by growth in mining and quarrying, agriculture, construction, road rehabilitation, and the hotel and restaurant industry.

Growth projection for fiscal year 2018/19 is within the range of two to three per cent.

“This out-turn is largely predicated on the anticipated recovery in the agriculture, forestry and fishing industry. Early indications are that for the current quarter, April to June, agricultural production will grow strongly with reports of high-level output in some regions,” the director general said.

“We also anticipate significant expansion in the output of mining and quarrying industry, consequent on the resumption of production at the Alpart aluminium plant and the expected gradual increase in capacity utilisation during the remainder of the year,” Henry continued.

Since Alpart’s resumption in the October to December 2017 period, the refinery has been operating at half its capacity. Henry noted that the ongoing upgrade of existing equipment has facilitated a subsequent increase in capacity utilisation.

However, he highlighted downside risks to the forecast, including: weather-related shocks that may adversely impact productive activities, plant downtime associated with relatively aged equipment, slower than expected growth in the economies of Jamaica’s main trading partners, crime and violence as a potential deterrent to investment and productivity, and the possible implications for the mining and quarrying industry.

“Consequent on the US sanction on selected Russian oligarchs, including the owners of UC Rusal, which has controlling interest in Windalco Alumina Refinery, the effective date of this sanction has been postponed until October 2018. However, stakeholder deliberations continue to focus on efforts to mitigate any possible negative implications of this sanction on the economy,” Henry said.

Recent developments indicate that the current owner of UC Rusal, Oleg Deripaska, has agreed to reduce his controlling interest to below 50 per cent, down from the current 70 per cent, which essentially satisfies the US requirement for removing the sanctions on UC Rusal.

Conservatives Are Upset About The Obamas’ Netflix Deal