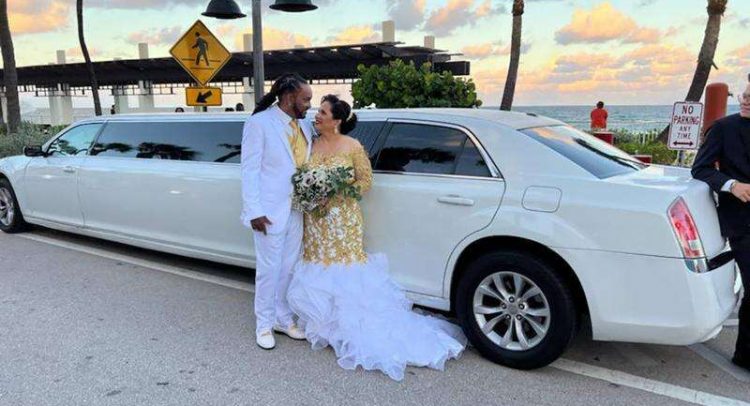 SINGER/musicians for many years Ed Robinson and Joanna Marie Chinloy vowed to make sweet melodies together for the rest of their lives when they got married on November 4 in Lake Worth, Florida.

The ceremony took place at South Ocean Boulevard, with family and numerous colleagues from the entertainment industry attending.

For Chinloy, known in music circles as Joanna Marie, it was a dream come true.

They met over 40 years ago.

“It’s the most amazing feeling marrying my childhood singer/musician friend. We met at a studio doing commercials back when I was 12 and he was 18 years old. He proposed December 2018, after not seeing each other in the flesh after 30 years and said, ‘I am going to marry you.’ It wasn’t a question. It was a demand,” she recalled, with a laugh.

The groom, sporting his trademark, shoulder-length locks, was dressed in gold and white. So too his bride in a handmade gown by Sera Tina from Indonesia.

Ed Robinson is best known for his reggae cover of Bob Dylan’s Knocking on Heaven’s Door.

Joanna Marie has recorded a number of singles including Hush Darling and Guilty.

Photo: Ed Robinson and Joanna Marie arrive for their November 4 wedding in Lake Worth, Florida.