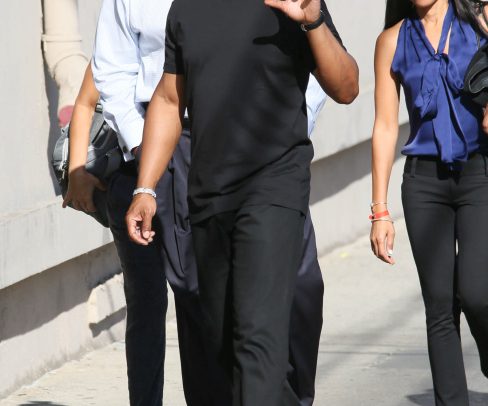 Eddie Murphy is starring in a new and somewhat surprising project. He’s going to go to the opposite extreme of his last movie Mr. Church (2016) where he played what some said was a stereotypical role as a Black character only there to support the white ones. Maybe he heard that criticism because his next role is a true departure from his norm.

Despite their vastly different look, Murphy will play Rudy Ray Moore, aka blaxploitation legend Dolomite in an upcoming film for Netflix, Shadow and Act reports:

Hustle & Flow director Craig Brewer is helming. Murphy has reportedly been eager to play this role for a decade.

Here’s what Deadline says of Moore’s story: Moore worked in a Hollywood record store in 1970 when he began hearing obscene stories of pimp and hustler named Dolemite. He started a club act where he became Dolemite. He then began generating records that mixed humor and a ghetto fantasy character, burnishing the legend. While too racy to be put on display in record stores, the records became a big inner city underground hit.

The proceeds allowed Moore to finance the 1975 film Dolemite, which he starred in as a kung fu-capable pimp ghetto hero who stuck it to The Man. Moore followed with three sequels. He continues to be an influence for the likes of hip-hop entrepreneur Snoop Dogg, and he had something of a comeback starring alongside the hip-hop group Insane Clown Posse in Big Money Hustlas in 2000.

Moore is often referred to as the “godfather of rap” for his routine records which were influential in the shaping of rap.

Kim had a great summit. And he didn't even need to give anything away