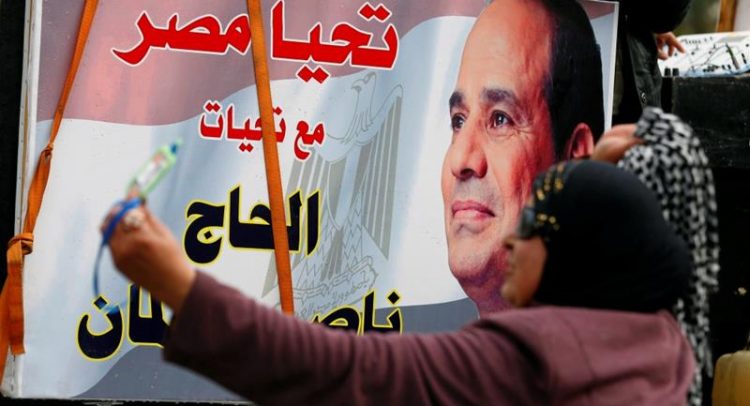 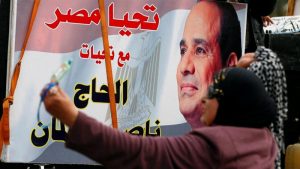 A coalition of Egyptian opposition groups have called for an election boycott, calling the vote an “absurdity bordering on madness” after all serious candidates were either arrested or subjected to a campaign of intimidation.

In a joint statement, eight Egyptian opposition parties and 150 pro-democracy public figures urged Egyptians to stay away from the March polls in protest, accusing the government of President Abdel Fattah el-Sisi of preventing “any fair competition”.

“It is not right for us to surrender to what has become an absurdity bordering on madness,” said Abdel-Geleel Mustafa, a veteran opposition figure, at a news conference in Cairo.

Hamdeen Sabahi, Sisi’s only rival in the 2014 presidential elections, launched the campaign under the slogan, “Stay at home.”

He called on political parties to unite against what he called Sisi’s “brutal tyranny of power”.

Sisi, a former general who came to power in a 2013 coup against his democratically elected predecessor, Mohamed Morsi, is all but certain to win the March election in a landslide.

Several potential candidates have either been arrested or faced threats, intimidation and physical violence, forcing them to drop out.

Sami Anan, a former general, had planned to run against Sisi but was arrested at gunpoint on Tuesday by Egyptian security services.

His vice-presidential candidate, Hisham Genena, was attacked and seriously injured in a busy Cairo street on Saturday.

Earlier this month, Ahmed Shafik, former prime minister, backtracked on his intention to run, claiming he would “not be the ideal person to lead the state”.

The New York Times quoted one of Shafik’s lawyers as saying that the Egyptian government had forced him to withdraw by threatening to investigate previous charges of corruption against him.

In December 2017, Ahmed Konsowa, an army colonel, was sentenced to six years in prison after announcing his candidacy, while human rights lawyer Khaled Ali withdrew after receiving a three-month prison sentence.

Government supporter
Sisi’s only challenger is Mousa Mostafa Mousa, a government supporter who entered the race at the 11th hour, amid fears that a widespread boycott could lead to embarrassingly few votes being cast.

Mousa, who formally submitted his candidacy 15 minutes before the deadline despite not publicly declaring his intention to run until the day before, denied allegations he was cooperating with the government, saying, “We are not puppets in this race.”

However the 66-year-old has repeatedly endorsed Sisi, and last year formed a campaign called “Supporters of President el-Sisi’s nomination for a second term”.

Egyptians took to social media and used the hashtag Al-Kombares, which loosely translates to someone playing the role of an “extra”, to mock Mousa’s candidacy and the upcoming poll.

“An innocent question: How was the ‘extra’ Mousa Mostafa Mousa able to get more than 47,000 signatures in 10 days, as he said, without appearing on the candidates’ database?” asked journalist Hossam Elshorbagy.

To be eligible, a candidate must have collected 25,000 signatures from constituents across 15 governorates, or the signatures of 20 members of parliament.

Egypt has been beset with problems since the 2013 coup against Morsi, the country’s first democratically elected president.

While it has also received generous economic aid packages from several Gulf countries, economic and security conditions for most Egyptians have deteriorated.

Under Sisi, human rights in Egypt have worsened, with organisations reporting that at least 60,000 people have been imprisoned since the general came to power.

There have also been reports of forced disappearances and a clampdown on press freedom.