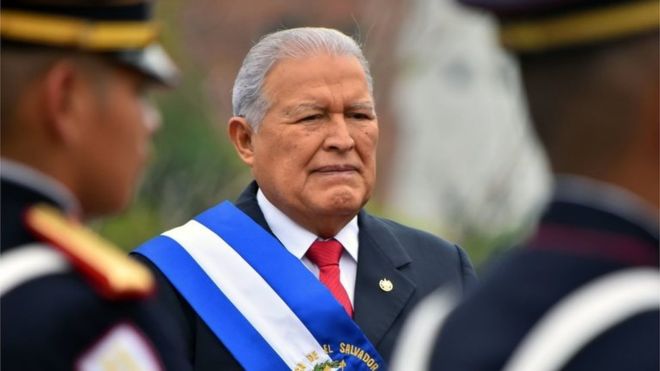 El Salvador’s government has rejected a Supreme Court ruling ordering the president to testify about the disappearance of a South African ambassador to the country.

Archibald Gardner Dunn was seized by armed men outside the embassy on 28 November 1979.

Mr Sánchez Cerén was reportedly the group’s second-in-command at the time.

In presidential elections held in March 2014, he became the first former rebel to lead El Salvador.

President Sánchez Cerén has not yet commented on the court ruling ordering him to give evidence over Dunn’s disappearance.

However, his spokesman said in a statement: “The president did not belong to the leadership of the FPL that year, and was a labour leader for teachers. This ruling has the political aim of hurting the president’s image.”

The Supreme Court ruling followed a lawsuit brought by Dunn’s relatives, who are trying to find out what happened to the ambassador.

His family say that despite the payment of a $2m (£1.5m) ransom and the intervention of Archbishop Óscar Romero, the rebels did not reveal the whereabouts of Dunn.

Instead, the rebel group circulated a statement on 8 October 1980 saying they had killed the diplomat for “noncompliance with our demands”. His body has never been found.

The kidnapping of Dunn, who was 60 at the time, happened at a time of political violence and upheaval in the Central American country, following a military coup by reformist officers which ousted Gen Carlos Romero on 15 October 1979.

Final Round of Bids/Proposals for Sugar Mas 47

Bolstering Disaster Preparedness in the Caribbean