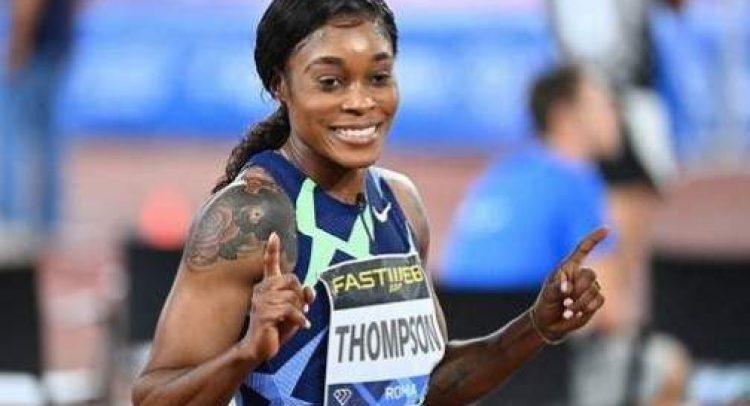 By Paul A Reid,

Jamaican Elaine Thompson-Herah ran a world-leading 10.85 seconds (0.2m/s) to win the women’s 100m at yesterday’s Rome Diamond League meeting in Italy, extending her unbeaten run in the event to six straight this season.

Thompson-Herah, who took over the world lead from compatriot Shelly-Ann Fraser-Pryce who ran 10.86 seconds in Kingston on August 22, dominated the race to beat the American Aleia Hobbs (11.12 seconds) and Marie-Josee Ta Lou of the Ivory Coast (11.14 seconds), both season’s best.

The Jamaican got off to a good start before running away from the field in the latter stages to win comfortably.

“I leave here with the world-leading time, [and] I’m super excited. This tells me where I am at the end of this season and tells me how I can prepare for next year,” Thompson-Herah said.

After battling with an Achilles issue the last few years, Thompson-Herah said: “This year required more adjusting, and my goal was to push back and to motivate myself. I am a double Olympic champion, and I want to do well next year, so I want to be at my best next season.”

This was her first race outside of Jamaica this season and Thompson-Herah, who had run two wind legal sub-10.00 seconds during the MVP Velocity Fest series.

“We had some competitions in Jamaica, but obviously the field was not as strong as it is here,” she noted.

Bahamian 200m specialist Anthonique Strachan, who trains with Thompson-Herah at the MVP club, was ninth in the women’s 100m with a season’s best 11.42 seconds.

Arthur Cisse of the Ivory Coast was second in a season’s best 10.4 seconds and Italy’s Fillipo Tortu third in 10.09 seconds.

This was Forte’s first loss in the 100m this season, winning three of the races in the MVP Velocity Fest series, including a season’s best 10.03 seconds done in mid-July at Jamaica College’s Ashenheim stadium.

Main photo: Jamaica’s Elaine Thompson- Herah celebrates her victory in the women’s 100m final during the IAAF Diamond League at the Olympic stadium in Rome. Thompson-Herah celebrates winning in a world-leading 10.85 seconds. (AFP)