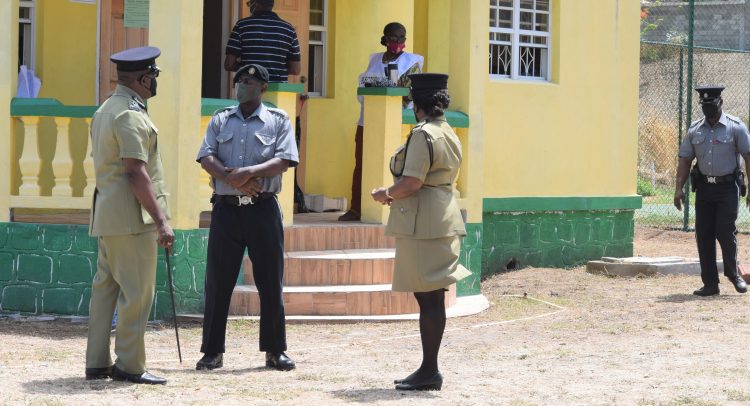 Election Day and celebratory activities end with no major incidents

Commissioner of Police Hilroy Brandy is pleased to report that Election Day on June 05 and the celebratory activities that were held around the Federation of St. Kitts and Nevis on June 06 and 07, came to an end with no major incidents being reported.

In a statement from Commissioner Brandy on June 04, he assured the public that the Police would be out in their numbers “to ensure the security of the people and that orderly voting is maintained”. He also “urged the public to cooperate with the police and other members of the security forces in a determined effort to avoid any mishaps and/or breaches of the peace”.

During a meeting with senior officers on Monday, June 08, the Commissioner placed his satisfaction with their operations on record. He said the Police were able to carry out their mandate professionally and their tenacity to ensure that the events were peaceful was admirable. He also said the public played a significant role in ensuring the outcome was without violence. He thanked all ranks for their service and commended them for a job well done.