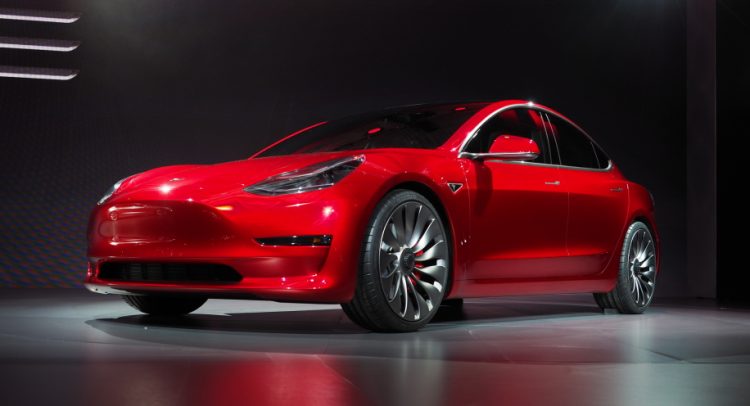 Mercedes-Benz is set to unveil its much-anticipated electric SUV on Tuesday, marking the start of a German onslaught against Tesla’s (TSLA.O) dominance of the fast-growing market for premium battery cars.

The market for upscale electric cars is Tesla’s to lose, with sales of its entry-level Model 3 sedan expected to reach about 50,000 cars this year and almost double that in 2019.

The Mercedes EQC – whose launch program in Stockholm features yoga in a direct appeal to the Millennials who have flocked to Tesla – is the first production model under the carmaker’s electric EQ sub-brand. It will be closely followed by similarly hyped debuts for BMW and Audi.

“While Tesla currently has a strong hold on the luxury electric market, I don’t think this will be the case after the arrival of the German premium offerings,” said Wajih Hossenally, an automotive powertrain analyst with IHS Markit.

“Tesla has virtually zero competition – but this will change from 2019 onwards.”

Rival forecaster LMC Automotive agrees, predicting a steady decline in Tesla’s share of an exploding electric-car market over the next decade, from today’s 12.3 percent to 2.8 percent, even as its absolute sales continue to rise.

The Germans’ combined market share will surpass Tesla’s to reach 11.8 percent in 2020 before increasing further to about 19 percent three years later, according to its projections.

The new Mercedes, due to reach its first customers next year, will be priced close to the fuel-burning GLC to compete in the same bracket as Tesla’s $49,000 Model 3, helped by its hotter-selling SUV form.

An affordable Model Y SUV is slated to join Tesla’s high-end Model X crossover and Model S car, but not before 2020-21.

The EQC softens its higher-riding proportions with sporty curves and a distinctive full-width rear light, while the interior resembles that of the Mercedes C-Class – a reminder of economies of scale that electric-only Tesla cannot match.

Well aware that their earlier battery-car offerings have failed to get anything like Tesla’s level of public attention, the German brands are doggedly courting Silicon Valley-style buzz for the coming product blitz.

Executives including Mercedes Chief Executive Dieter Zetsche have taken to appearing in jeans and sneakers, responding to a broader tech-industry incursion into areas such as autonomous driving and connected services.

When it came to the EQC launch, Mercedes picked the city of Stockholm for its startup scene and green credentials, then began firing off teasers on Instagram as well as Twitter.

Like Tesla, Mercedes is announcing EQC orders in Norway even before its price. It has amassed more than 2,000 refundable deposits of 20,000 crowns ($2,400) in Europe’s biggest electric-car market, where Tesla sold 8,500 vehicles last year.

The launch is the centerpiece of a three-day event that features DJ sets and yoga with a YouTube star – almost literally bending over backwards to telegraph 21st-century kudos.