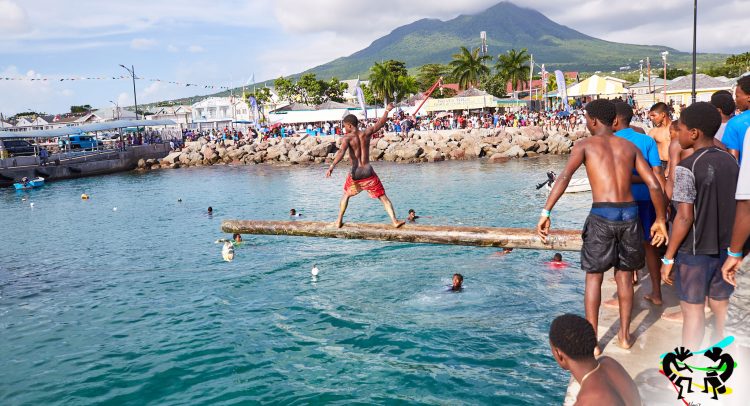 Charlestown, Nevis, July 23, 2018 (DBSKN)* — President of the Hanley’s Road-based Empire Sports Club in Nevis, the Hon Eric Evelyn, is thanking the Development Bank of St. Kitts and Nevis for coming on board for the third year in a row and  sponsoring the club’s Culturama aquatic extravaganza that will be held on Saturday July 28.

“The Development Bank has always been on board in terms of being a very good corporate sponsor and assisting sporting groups like my group and community organisations, especially where sporting activities are concerned. So I would like to take this opportunity on behalf of the Empire Sports Club to once again say a hearty thank you to the Development Bank of St. Kitts and Nevis for coming on board again this year and assisting with the sponsorship.”

According to the Hon Evelyn, Empire Sports Club has in the past five years organised the aquatic extravaganza at the waterfront in Charlestown as a part of Culturama activities. This will be the sixth year the club will be organising the highly anticipated event.

“It is something that generates a lot of interest and a lot of young persons are always interested in the sports,” observed the Hon Evelyn. “We normally have events like the greasy pole which generates the most interest. Of course we have swimming races, we have diving competition, and of course in aquatic sports most of our events are water-based. We will have different categories of swimming in terms of age range.”

Hon Eric Evelyn said that the aquatic extravaganza will start at 10:00 am on Saturday July 28 and run up to 10:00 pm at the Charlestown waterfront, and is inviting all the people in St. Kitts and Nevis to come out and look at the sports and support the event. He concluded by saying: “Support the young people, because that is what this sport is all about.”

“We at the Development Bank believe that the youth is the future of any nation,” said Ms Wilkinson. “Empire Sports Club, and its President the Hon Eric Evelyn in particular, have been in the forefront when it comes to engaging the youth constructively in the area of sports. Many Nevisian youths have benefitted from programmes executed by the Empire Sports Club, and the Development Bank of St. Kitts and Nevis is proud to be associated with them.”