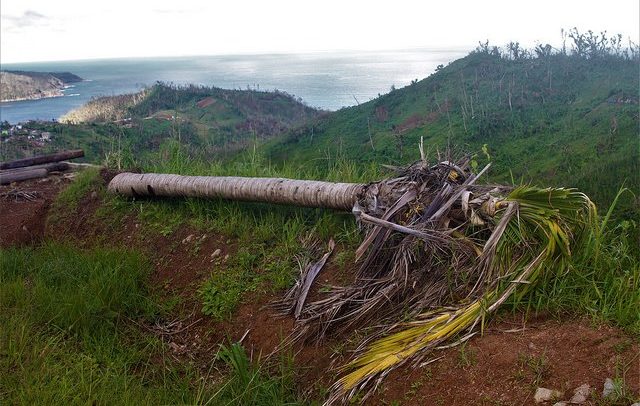 There are encouraging developments in agriculture in Antigua and Barbuda and Dominica almost a year after hurricanes decimated the sector in the two Caribbean Community (CARICOM) Member States.

Mr. Barton Clarke, Executive Director of Community Institution, the Caribbean Agricultural Research and Development Institute (CARDI), said that in both countries, agriculture was picking up.

“In both …Dominica and Barbuda, agriculture activity has been regenerated…’”, Mr. Clarke said in an interview recently in the margins of a planning session in Barbados on the upcoming Caribbean Week of Agriculture scheduled for 8-12 October, in Bridgetown.

Both islands have had to rebuild their agriculture sectors from ground zero.

Hurricane Maria, battered Dominica on 18 September, 2017, destroyed the coconut, avocado, banana, bead fruit, citrus and other crops, uprooted even root crops, and destroyed the production and agro-processing capacity. The country’s ability to provide food products to other territories in the Region was also totally disrupted. Shortly after the hurricanes, Mr. Clarke had expressed confidence that the sector in the two countries would bounce back quickly.

Just a few days shy of the first anniversary of the hurricanes, Mr. Clarke said that Barbuda was in the process of collecting material and replanting the 250 acres of coconuts that were lost in the hurricane. Barbuda has also resumed production of peanuts and vegetables.

In Dominica, pumpkin production has expanded “significantly” and the export of root crops has restarted to the Leeward Islands.

CARDI had participated in the initial assessments of the damage to the islands and is a member of the Regional Agriculture Emergency Response Sub-Committee that was approved by the Council for Trade and Economic Development (COTED). The remit of the Sub-Committee is to provide prompt action to help the agriculture sector in CARICOM Member States to rebound after natural disasters.

root and tuber value chains since they are the crops that are likely to be the only source of food after natural disasters;
acquiring and distributing plant material in a manner that would allow farmers to get back into production as quickly as possible; and
addressing the issue of big data which would help determine the status of agricultural assets and infrastructure, for example, and the impact that the catastrophic events may have on them.