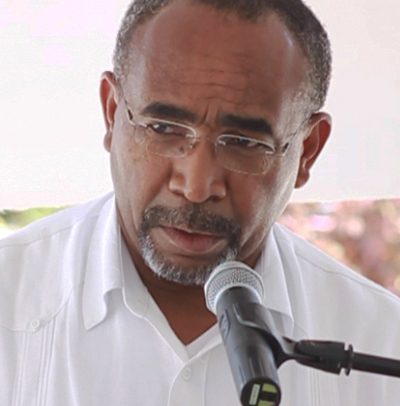 Government’s spokesman on energy Senator Darcy Boyce has said that independent producers of renewable energy would likely be able to supply more energy to the national grid and have a fixed price for doing so in a matter of months.

In fact, Boyce, the Minister in the Prime Minister’s Office with Responsibility for Energy, said he expected to have something to report by the end of March, following a meeting with the Fair Trading Commission (FTC) in early March.

Addressing the launch of a US$34 million project at the Inter-American Development Bank offices in Christ Church, Boyce said he expected the Renewable Energy Rider (RER) limit to increase from the current 60 megawatts “to maybe 80 or 90 megawatts later on this year”.

This, he said, should result in “a good demand” as well as the issuance of more licences to power producers, including Barbados Light & Power Company, Government and individuals and businesses.

The RER, introduced in 2010, facilitates the sale of excess electricity to the grid by customers using a solar photovoltaic or wind renewable energy system to offset electricity consumption from the grid.

“When that paper gets to Cabinet I will expect by the middle of next month then we will be in a position to go to the FTC and discuss the kinds of rates that we have envisioned to suggest for renewable energy of different types and different size installations. So we expect that we will have some decision on that before the end of March. That will then give certainty to those people, those large producers who want to go into renewable energy,” Boyce explained.

Renewable energy advocate Ralph Bizzy Williams, the owner of the Williams Solar company, has been one of the most vocal in calling for a fixed rate for energy being sold to the utility company by producers, as well as an increase in the amount that individuals are allowed to sell to the grid.

The FTC had said then it would increase the capacity limit per individual to 500 kW from 150kW and set a temporary credit at $0.41/kWh for solar photovoltaic and $0.315/kWh for wind “until such time as a permanent rate may be established”.

Boyce yesterday implied that the capacity limit per individual would increase, while explaining that a permanent rate would be set and the total intermittent energy allowed to the grid would be increased.

Within the 60-megawatt capacity allocated to intermittent energy on the national grid, Boyce explained that there was still some space left to be taken up including an approximately 15-megawatts for power from Government owned corporations.