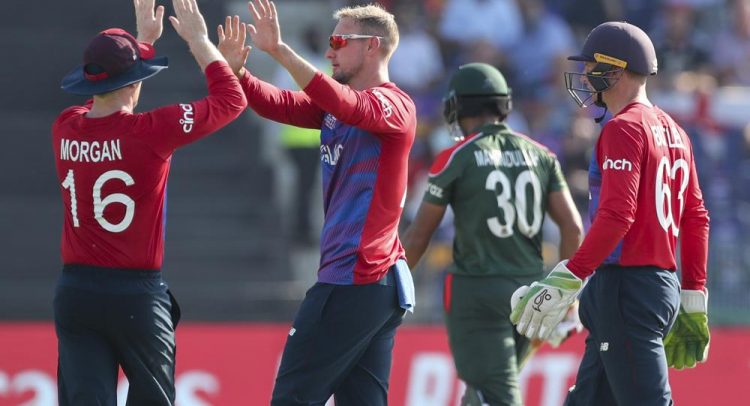 Ali (2-18) picked up the wickets of the openers with the new ball and Livingstone (2-15) got the two set batsmen out in the middle overs to restrict Bangladesh to 124-9 in the first ever T20 between the two countries.

Jason Roy (61) celebrated his 50th T20 appearance for England with an impressive half century as the top-ranked team eased to 126-2 in 14.1 overs.

England, which routed defending champion West Indies in the first game, leads Group 1 with four points. Bangladesh, which lost to Scotland in the qualifiers, was beaten by Sri Lanka in its group opener.