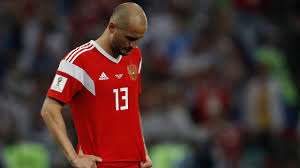 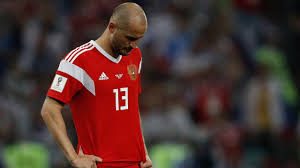 England were yesterday looking forward to their first World Cup semi-final since 1990 as Russian fans thanked their disappointed players after their fairy tale World Cup run was halted by Croatia.

They will face Croatia, who had to endure a strength-sapping penalty shoot-out for the second consecutive match in front of 80,000 people in Moscow’s Luzhniki Stadium on Wednesday.

But first, Roberto Martinez’s exciting Belgian side will attempt to reach their first-ever World Cup final when they play favourites France in Saint Petersburg on Tuesday.

England is basking in the team’s run to the last four of the World Cup as fans start to believe that they can lift the trophy for the first time since 1966.

Sponsored Links
20 Superfoods For People Over 50
healthyandpretty
12 Most Expensive Colleges in the World
Topexpensive.com
“England’s players have guaranteed they will return from the World Cup as heroes. Now they can dream of a grander ambition. Can they come home as legends?” asked former England defender Jamie Carragher in a column for the Sunday Telegraph.

Croatia defender Domagoj Vida escaped a FIFA ban on Sunday after posting a clip dedicating his country’s victory over Russia in the quarter-finals to Ukraine.

The former Dynamo Kiev player scored an extra-time goal and one of Croatia’s penalties in a 4-3 shoot-out win over the World Cup hosts in Sochi on Saturday.

The ponytailed 29-year-old shouted “Glory to Ukraine!” in a video posted by former Croatia international Ognjen Vukojevic shortly after the match.

FIFA said it had studied the video and decided to issue a warning to Vida, but would take no further measures.

Vida told Russian media after the clip was made public that he had meant no offence. “I love Russian people,” Vida was quoted as saying. “It was just a joke.”

“Glory to Ukraine!” was a slogan of the former Soviet republic’s pro-EU revolution that toppled a Russian-backed president in 2014.

The revolt was condemned as illegal by Moscow and sparked a crisis in relations between the two neighbouring states.

Looking forward to the match against England, Croatia Coach Zlatko Dalic told a press conference yesterday that the game would be more open.

“Our last three games were different because we played teams with a defensive approach,” he said.

“But we are looking forward to a different style of game against England because they like to play attacking football.”

Russian fans paid tribute to their team, who exited the tournament after their defeat on penalties following 120 gruelling minutes of football.

The Russians were the lowest-ranked of the 32 teams at the World Cup but, just as in the previous round against Spain, they refused to die despite enjoying just 36 per cent of possession against a superior Croatian team.

Coach Stanislav Cherchesov led his players onto a stage to a heroes’ welcome in a Moscow fan zone.

“We felt your support from the first second.”

Midfielder Denis Cheryshev dedicated his four goals — tied for second-most in the tournament behind England forward Harry Kane’s six — to “the whole country”.

President Vladimir Putin has invited Cherchesov and his charges to the Kremlin and Prime Minister Dmitry Medvedev commiserated with the players in the dressing room after the defeat.

Away from Russia, the Spanish football federation said Fernando Hierro, who stood in as Spain coach when Julen Lopetegui was sacked on the eve of the World Cup, would not continue in the role.

Under the former Real Madrid and Spain defender, who had little previous coaching experience, 2010 winners Spain lost on penalties to Russia in the last 16.